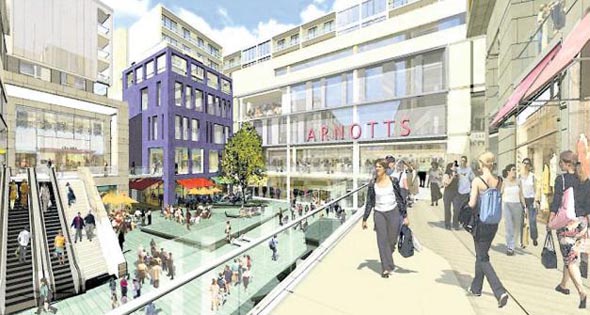 Dublin’s proposed “Northern Quarter” retail district, for which An Bord Pleanála has granted approval, “is definitely going to proceed” despite the credit crunch and the associated economic downtown, a spokesman for Arnotts said last night. The department store, which is spearheading the €750 million development, welcomed yesterday’s planning decision, saying it was “delighted” – even though the appeals board substantially reduced the scale of the scheme, including the omission of a 16-storey tower. A spokesman for Arnotts’ chairman, Richard Nesbitt, said the board’s decision “brings certainty to the whole Northern Quarter” after a lengthy planning process that had gone on for more than two years. The spokesman said Arnotts and HKR Architects, which designed the scheme – and then had to redesign it at An Bord Pleanála’s request – would be working with Dublin City Council in coming months to deal with the various conditions – 26, in all – laid down by the board.