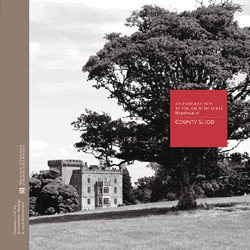 Speaking in County Hall, the Minister made reference to some highlights in terms of architectural heritage throughout the County: “The county has a notable collection of country houses and demesnes of national importance, including the historic Lissadell House, ancestral home of the Gore-Booth family and associated with Constance Markievicz and the poet WB Yeats and Markree Castle, by the noted architect Francis Johnston.”

The Minister went on to comment on the striking coastal features which Sligo boasts “Around the coast harbours were built which greatly assisted fishermen and, in some places, contributed to the development of small holiday resorts. Mullaghmore and the small harbour at Raghley are just some examples. In the nineteenth century other measures were implemented to achieve greater safety for mariners including Black Rock Lighthouse, erected in 1819, with high quality of limestone masonry, achieved in a difficult location. The Metal Man on Perch Rock off Oyster Island has become one of the coastline’s more distinctive features.”

The Minister acknowledged the County Councils’ work in terms of best practice in Architecture, highlighting the sensitive adaptation of heritage buildings for new uses. “Finding appropriate new uses for old buildings is very important, of course. In that context, I would also like to acknowledge the work of the County Council in their two relatively recently completed projects of the Model Arts and Niland Centre and Teach Laighne in Tobbercurry where old buildings have been adapted to give striking, modern facilities.”

As the surveys are published, the Minister for the Environment, Heritage and Local Government, formally recommends to the planning authority that structures identified as of Regional importance or higher be included in the city or county’s Records of Protected Structures (RPS). The RPS is the record which planning authorities are obliged to maintain under the Planning and Development Act 2000 which confers certain legal protections on such structure. A total of 803 structures in the survey of County Sligo are rated as being of Regional or higher importance.