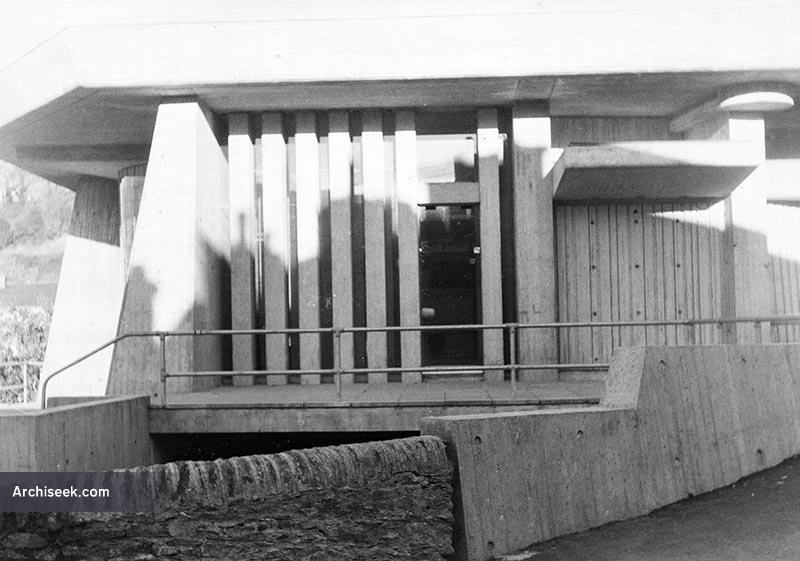 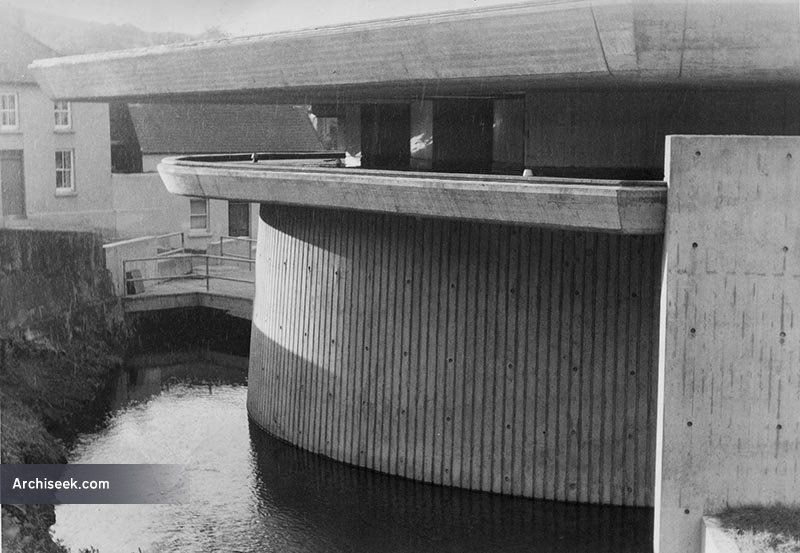 Bantry Library was originally designed in 1962 by the Cork County Council architect Patrick McSweeney. While not an official project of the council at that time, McSweeney’s enthusiasm for the design led him to present the model to a Convention of Librarians in Dublin, where it was well received.

It was a further eight years before funding was in place for the construction. But the significant cost, estimated at £45,000 (although it ran to £60,000), led the local councillors to query the project. One described it as “it would be nothing short of ridiculous to throw that sum of money into that dump”, and advocated filling in the river and widening the road instead. 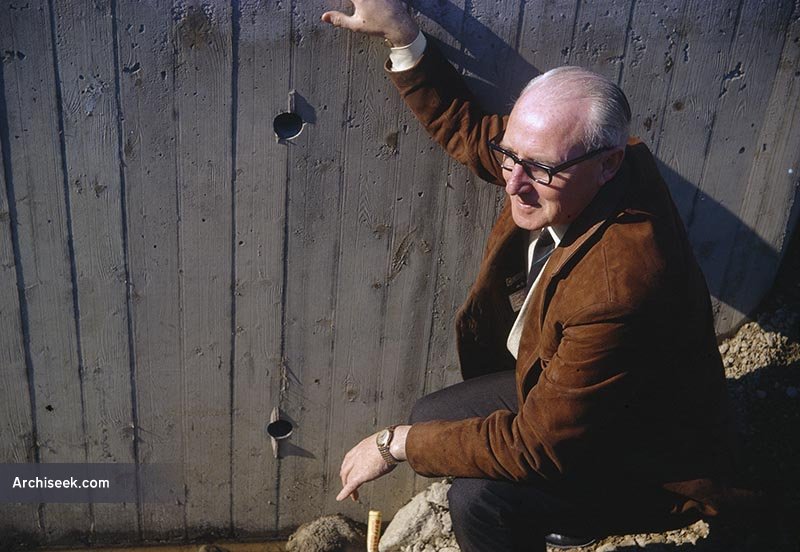 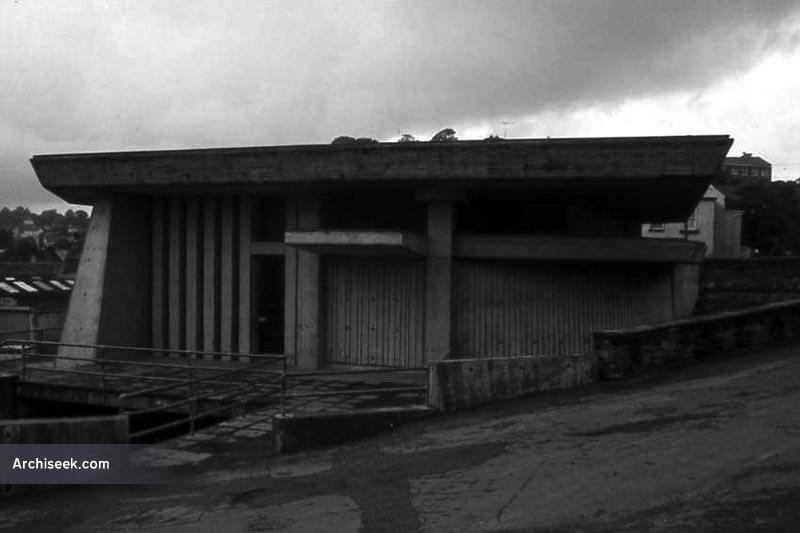 Bantry had a track record on refusing to build a library. In 1912, they refused a library offered by the Carnegie Trust. Eventually after some debate, it was built in 1972-74 by architect Harry Wallace.

A replica mill wheel was installed alongside in 2000-01, which saw the demolition of some of McSweeney’s cantilevered staircases over the lower waterfall.