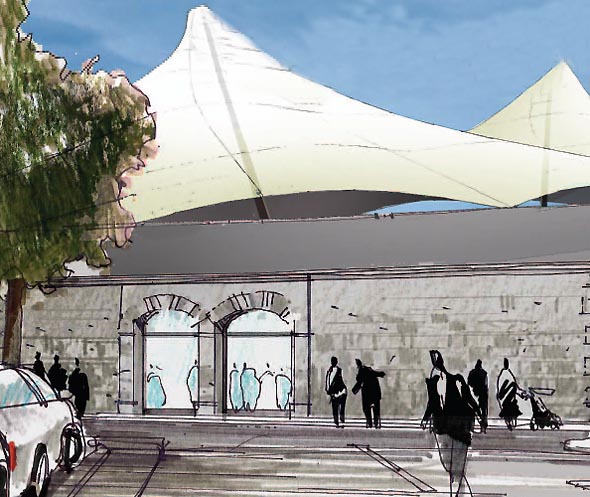 Planning permission has now been lodged with Limerick City Council for the massive €2m redevelopment of the Milk Market, which could see the market open six days a week. The city council are expected to reach a decision on the application by January 31, and if the planning application is given the green light, the trustees of the Milk Market hope the site will be transformed and re-opened for business by next September. Under the new plans, the market will operate for six days a week and could also be used as a performance space, according to Market Trustees chairman David O’Mahony. A 120-seat restaurant, stretching from the first floor of the nearby Market House, will overlook the market. Six permanent units near Market House will provide anchors for other stallholders and traders and the market itself will be weatherproofed to make it sustainable and attractive to farmers, traders and visitors alike.