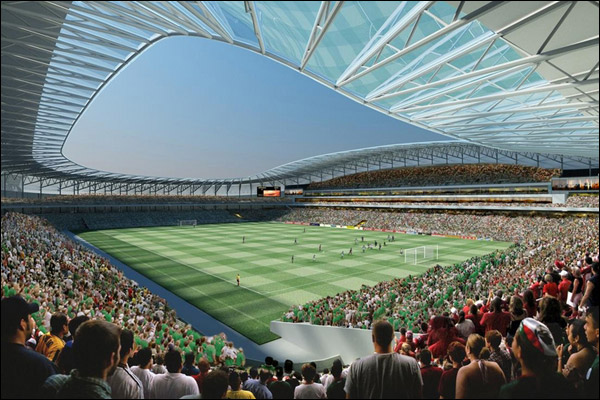 The proposed stadium was drawn up by HOK Sport, which also designed Wembley. The GAA, IFA and Ulster Rugby have all confirmed they would play at the stadium and have all signed a document estimating the minimum number of supporters they would hope to attract there annually. The plan is for a 35,000-seater stadium for soccer and rugby, and the provision of more seats for GAA fans.