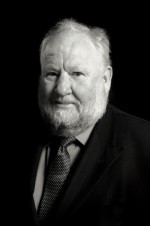 Jovial Jim Barrett must have been blushing in the Four Seasons Hotel last week over the extravagant lifetime achievement citation he got in this year’s Opus Awards. Anyone would have thought that he had almost single-handedly transformed Dublin during his 13 years as city architect. He was described as “a man of many parts – persuasive, personable, and culturally committed from architecture to Cork hurling”, working with Delaney McVeigh and Pike (now O’Mahony Pike) in the 1970s before moving on to become de facto city architect in problem-plagued Limerick.