Augustus Saint-Gaudens to be honoured on O’Connell Street 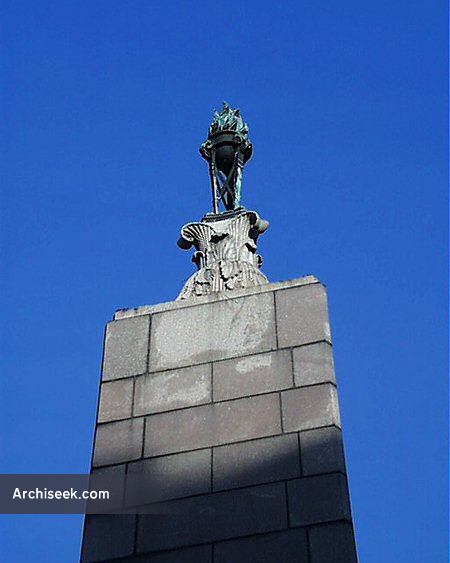 The Lord Mayor of Dublin Councillor Paddy Bourke will unveil a commemorative plaque to Augustus Saint-Gaudens on Thursday 25th October 2007 at 11.00 a.m. in the presence of His Excellency Thomas C. Foley, United States Ambassador to Ireland. The plaque, by renowned US sculptor Lawrence Nowlan, is placed on the footpath on the central median of O’Connell Street opposite the Parnell Monument. Saint-Gaudens was a master sculptor who created some of America’s most famous monuments. He was the sculptor for the Parnell Monument in Dublin.

Augustus Saint-Gaudens was born in Dublin on the 1st March 1848 to Bernard Saint-Gaudens, a French shoemaker and Mary McGuinness, his Irish wife. Six months later, the family immigrated to New York City where Augustus grew up. In 1876 he received his first major commission; a monument to Civil War Admiral David Glasgow Farragut. Unveiled in New York’s Madison Square in 1881, the monument was a tremendous success and was seen as a departure from previous American sculpture. Saint-Gaudens’ fame grew and the popularity of his work established him as the leading American sculptor of the latter half of the nineteenth century.

He produced enduring and distinctive public sculpture such as the Adams Memorial, the Peter Cooper Monument, and the John A. Logan Monument. Perhaps his greatest achievement was the Shaw Memorial unveiled on Boston Common in 1897. Described as Saint-Gaudens’ ‘symphony in bronze’ this masterpiece took fourteen years to complete.

Saint-Gaudens died in Cornish, New Hampshire on August 3, 1907. His wife survived him for nineteen years, and with their son, Homer, established the Saint-Gaudens Memorial, an organization dedicated to preserve the his former residence as an historic site.