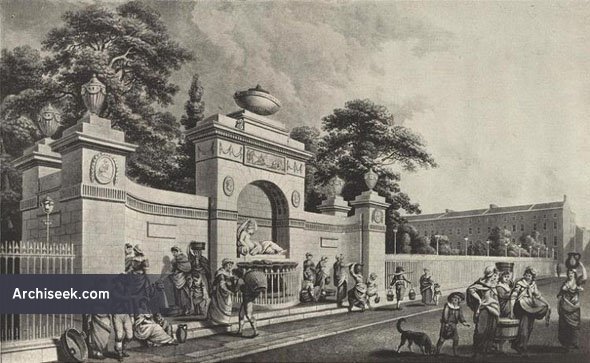 Dating from 1792, the fountain is a commemoration of the Duke of Rutland, Charles Manners who commissioned the piece before his untimely death at the age of thirty-three. Originally water poured from the two bronze lion heads on either side and from the small central conduit water flowed into a large stone conch shell at the base of the fountain. Many of the figures in the roundels that adorn the fountain have been vandalised and damaged since its building over 200 years ago. Restored in late 2008 and 2009 by masonry conservators Interclean, the works were commissioned by Dublin City Council at a cost of 230,000.