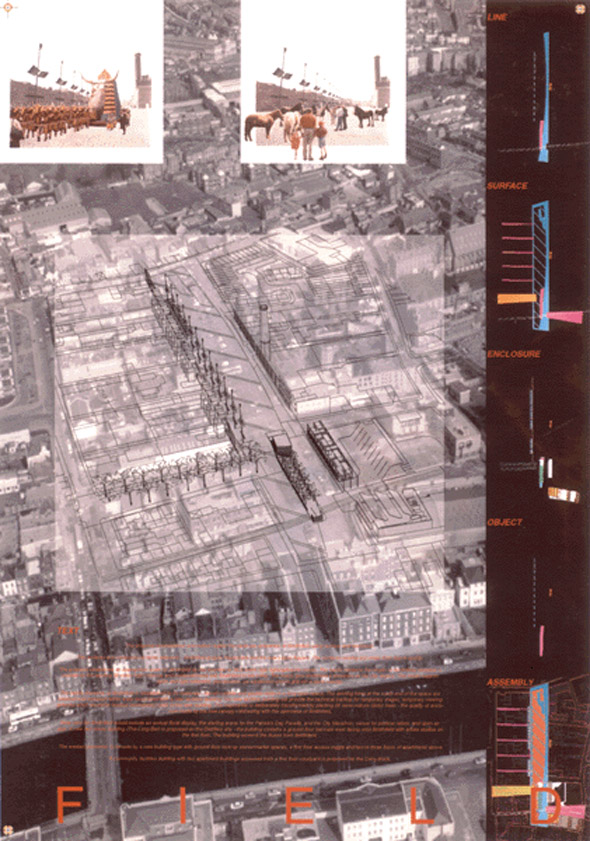 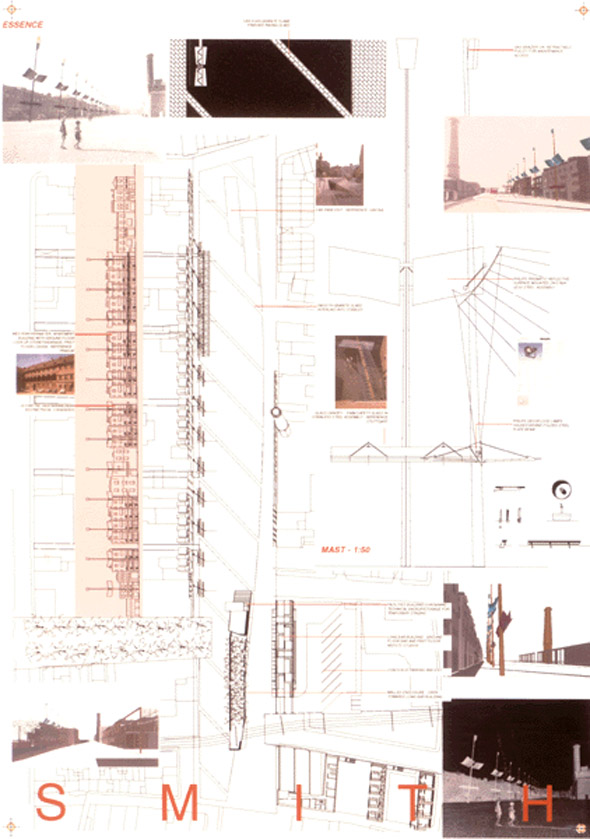 The winning design entry by McGarry NiEanaigh for the Smithfield Plaza competition. In 1997 Dublin Corporation sponsored an international design competition for the regeneration of the space at Smithfield, which was then long neglected. It is the largest open space in Dublin with about 13,000sq m. The Council wanted ‘a design which would establish Smithfield as a major civic space in Dublin City for the 21st century’. It was hoped that the new space could be used for a variety of public events such as outdoor concerts and markets.

McGarry Ní Eanaigh won the competition and the space was officially opened in early 2000. According to the architects their design ‘re-establishes and makes legible the particular proportion of Smithfield’. It does this using surface and enclosure: the surface is comprised of a slow curve of cobble and granite slabs whilst the enclosure is provided by a small pavilion to the south and most strikingly by an array of twelve 26.5m-high lighting masts to the west.