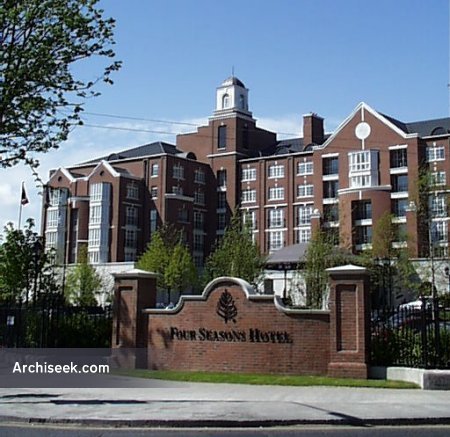 According to the Four Seasons Hotel group who constructed it, this horrendous building “combines both Georgian and Victorian architectural styles”. The architect Mr Chun summarised his work as “an interpretation of the Georgian as well as a bit of the Victorian and somewhat contemporised”.

The Irish Times described it as “looking like nothing so much as the bastard offspring of Citizen Kane’s Xanadu”. It towers over the neighbouring RDS and suburban houses like a beached whale, a whale that was designed by committee… actually words fail us. Now trading as an InterContinental Hotel.