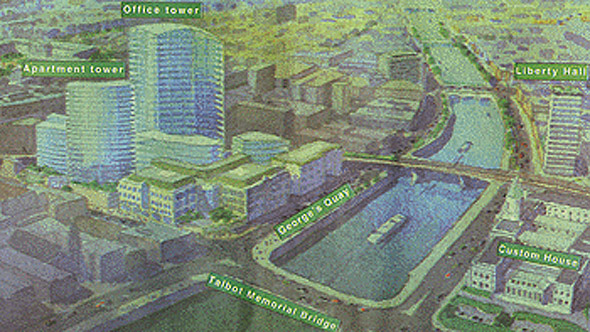 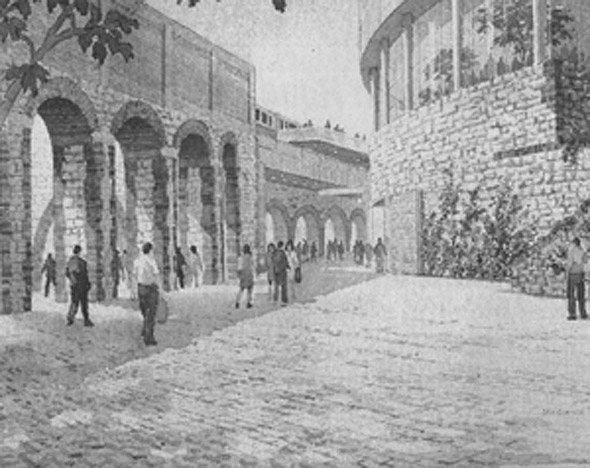 Dublin Corporation has again deferred making its decision on a major high-rise development at George’s Quay, opposite the Custom House, because of growing concern about its impact. The largest of the proposed buildings,n a crescent-shaped 24-storey office tower, would rise to 100 metres. It would be nearly 70 per cent higher than Liberty Hall – currently the city’s tallest building, at 59 metres. Designed by international architects Skidmore Owings and Merrill, the George’s Quay scheme has generated a significant number of objections from conservation bodies and other interests, mainly because of its exceptional scale.