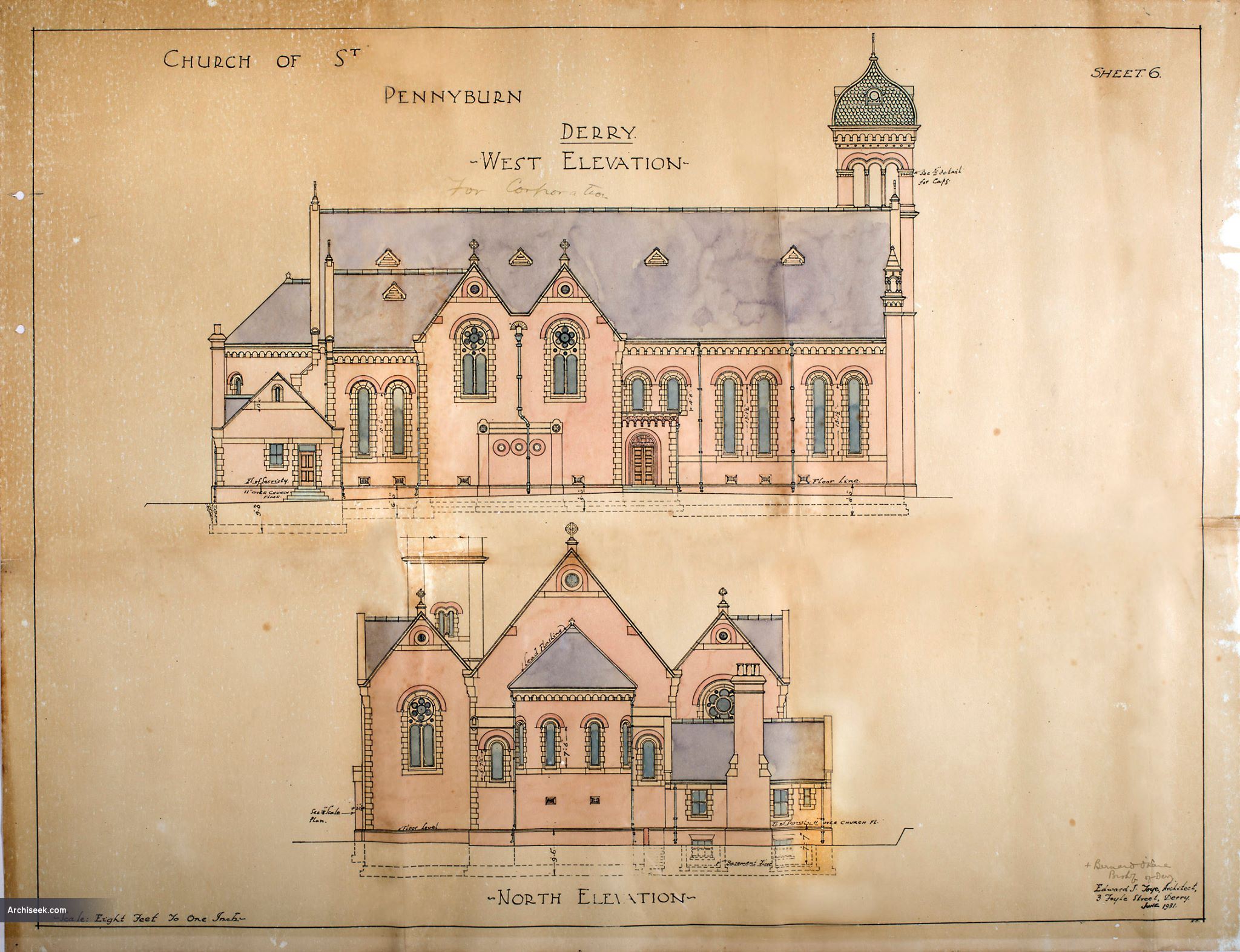 A Roman Catholic Church located in Pennyburn in the north of Derry City, constructed between 1932 and 1934, in Hiberno-Romanesque style. It officially opened for worship on 27th May 1934. Some damage to the windows during the air raid of Derry City in 1941 and they had to be replaced. The interior has been extensively redesigned in recent years.