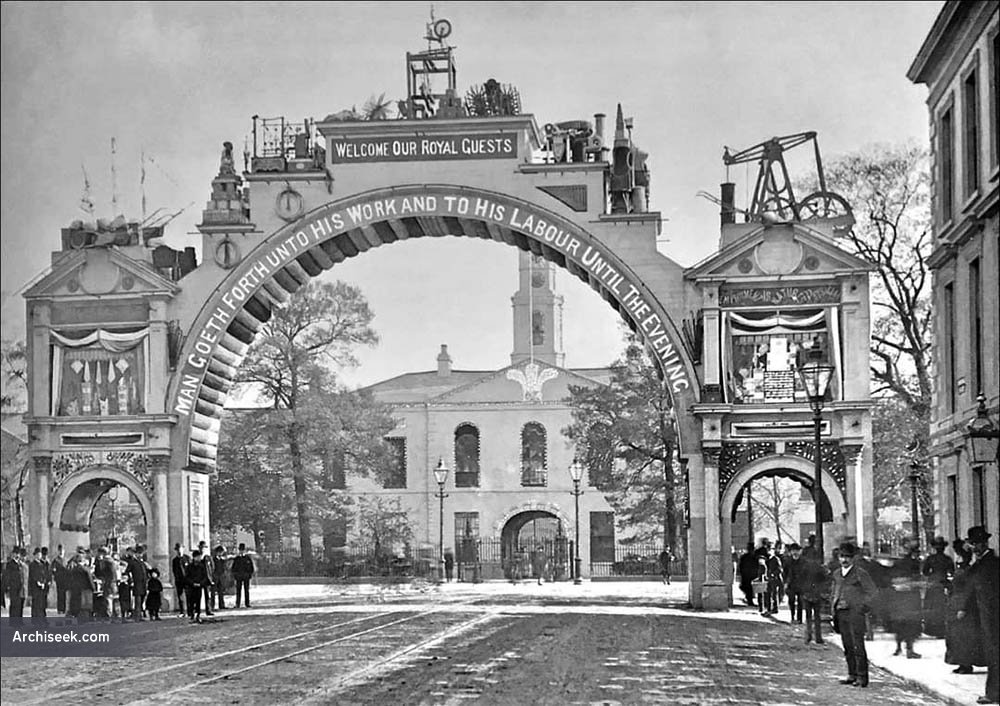 Built to commemorate the visit of the Prince of Wales in June 1885, his ceremonial feathers can also be seen on the pediment of the White Linen Hall in the backgroud. The archway is adorned with symbols of Belfast’s industry. The White Linen Hall was demolished to make way for Belfast City Hall in 1896.