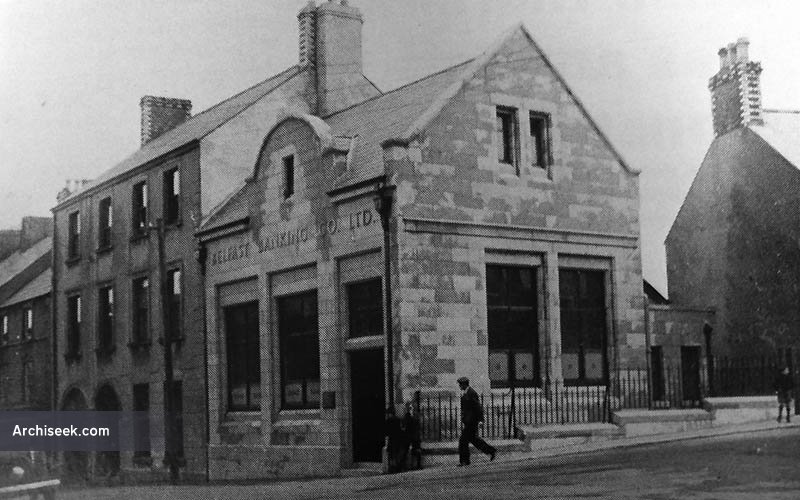 Designed by John Valentine Brennan. Usually his commissions were primarily ecclesiastical, consisting chiefly of work on Roman Catholic churches and parochial houses in the northern half of the island. He also designed a number of banks in Ulster, first, from 1917-1918, for the Belfast Bank, and subsequently for the National Bank. This building is no longer in use as a bank, and is well maintained today, albeit rendered.