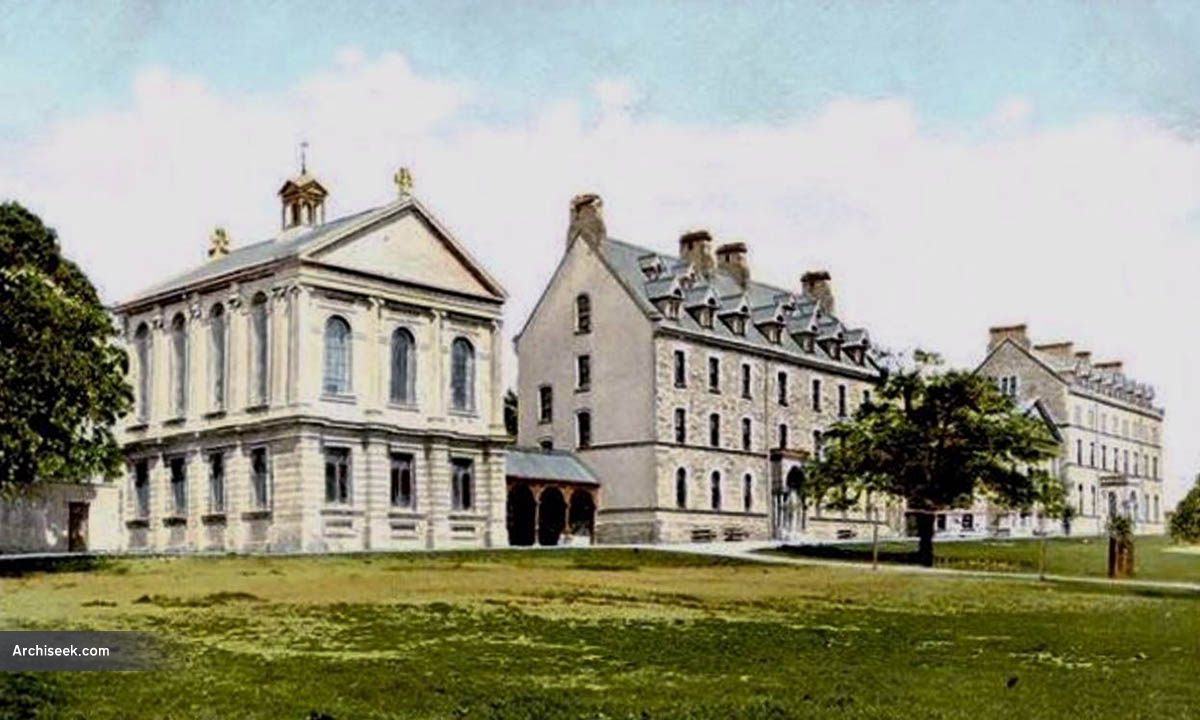 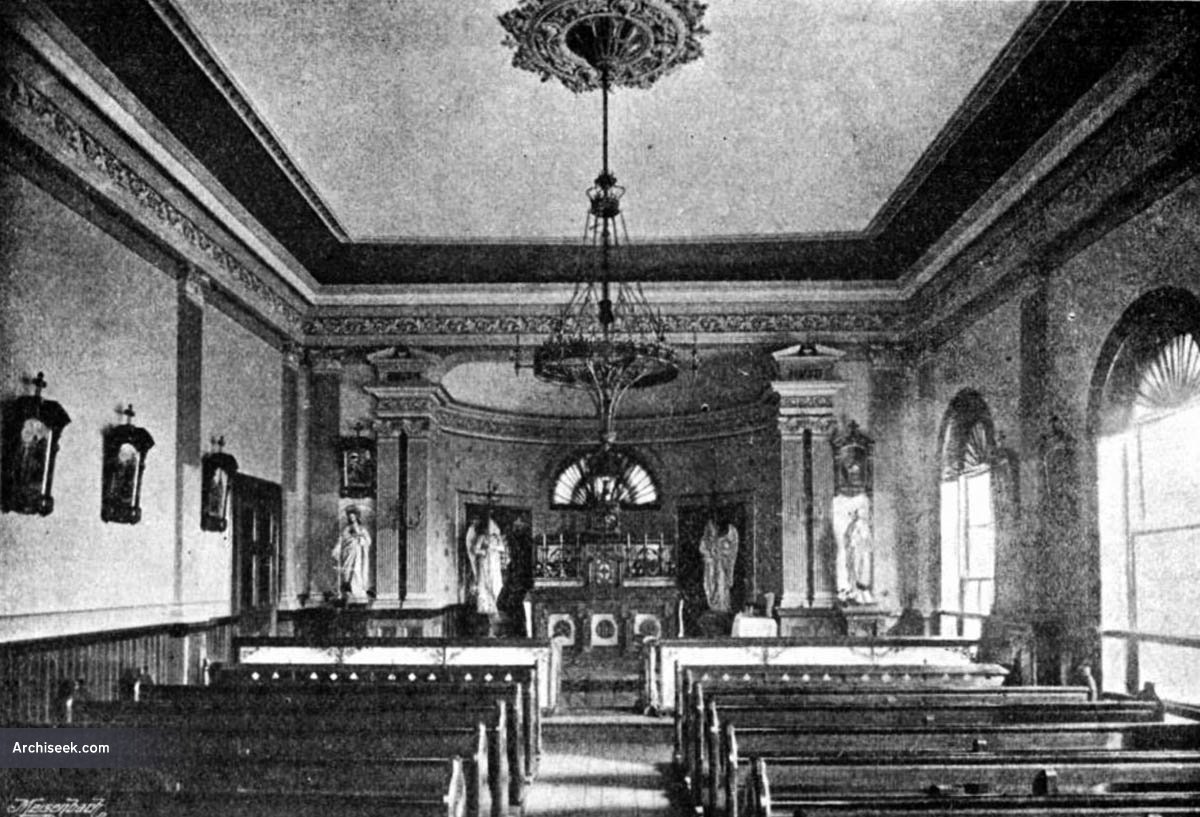 The central building was a casino or recreational building for the Bishop of Derry. The two blocks by Crome & Toye were later added: south wing, 1877-79; north wing, 1892-3. The building between the two major blocks was demolished and replaced with a church by Ralph H. Byrne in 1936-41. The church porojects forwards between the two older buildings.

The original Saint Columb’s College who decamped to a modern school on a new site in the 1960s. The building is still used today by Lumen Christi college.