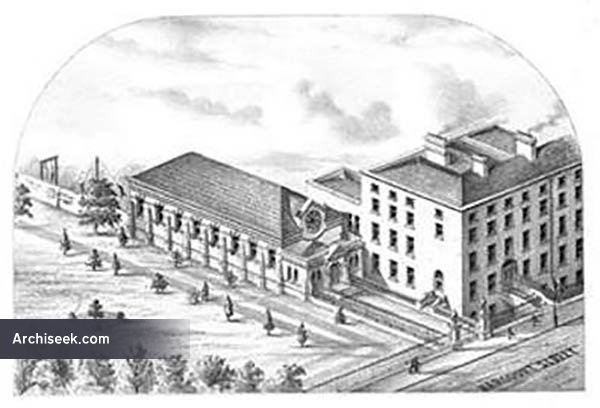 The High School was founded in 1870 by the Governors of the Schools Founded by Erasmus Smith, Esquire which was established by Royal Charter in 1669. In 1971 the school moved from Harcourt Street to its present 23-acre site at Zion Road and became fully co-educational in 1974 following the incorporation of The Diocesan Secondary School for Girls which itself was founded in 1849.

Later extended by Millar and Symes. Demolished in the early 1970s and the land used for Harcourt Square, a large office block, rented by the state for the use of the Metropolitian Division of the Garda Siochana.