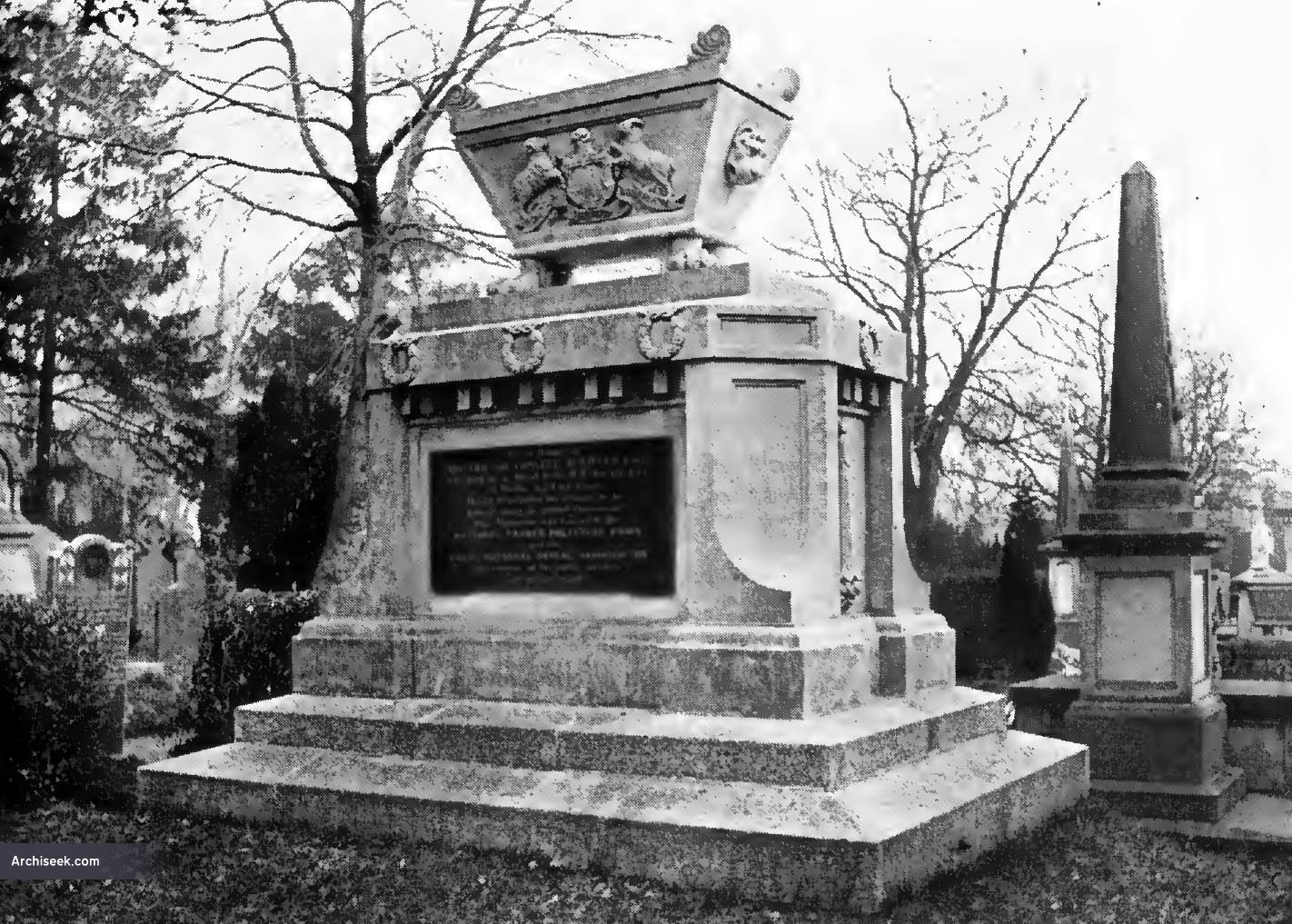 The first important public funeral at Propect Cemetery was that of Edward Southwell Ruthven, a Protestant. Ruthven had sat in Parliament for Downpatrick so far back as 1806, and is described, in 1831, as a “man of sound judgment, of talents, integrity, and intrepidity, and has been the constant friend of all liberal and good measures.”

As a tribute to Ruthven s memory, Daniel O Connell laid the foundation stone of the monument at Glasnevin, which was raised by public subscription. Ruthven had royal licence to use supporters to his arms, as head of an old Scottish clan, and these come out well on his tomb. It records his eminent services in the cause of national progress.