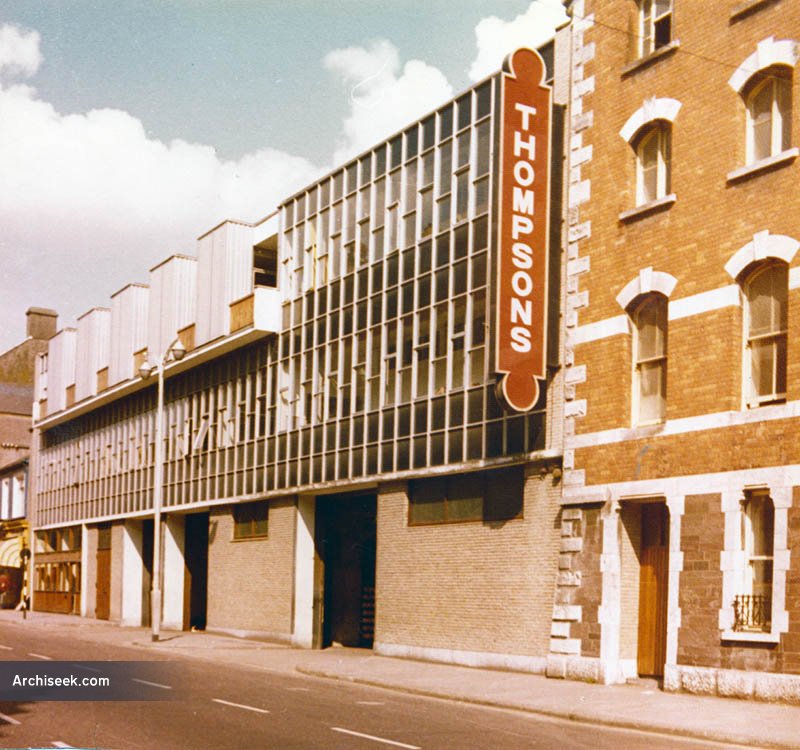 As the Thompson family expanded their thriving bakery business in the 1960s, they chose to make a bold architectural statement as they dedicated the western portion of the building to the production of their swiss roll. Their trademark product was so in demand across Munster that they eventually produced a mile of it every day.

Rather than seeking to emulate the elegant red brick and limestone facade of the original structure, the Thompsons opted for a bold glass-and-steel based extension, intended to contrast with the aesthetic of the rest of MacCurtain Street. This departure from tradition was among the first buildings of its type in the city. Among its unusual features are the balconies on the top floor which were designed to give busy executives a chance to take a break and get a breath of fresh air. Now converted into retail at street level and modernised into office space.