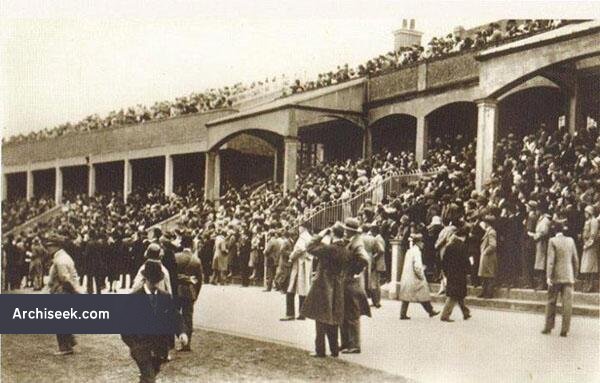 Illustration from The Building News showing the reinforced concrete stand under construction, Designed by Messrs. Batchelor and Hicks. From these illustrations it will be seen that the main construction consisted of a series of reinforced beams supported upon thirtyseven reinforced columns with reinforced cross members. This was the first of its kind in Ireland, and the bold, plain concrete appearance was radical. But in 1973, the insurers could no longer insure the grandstand and so in part because of that racing ceased at Baldoyle in the 1970s.