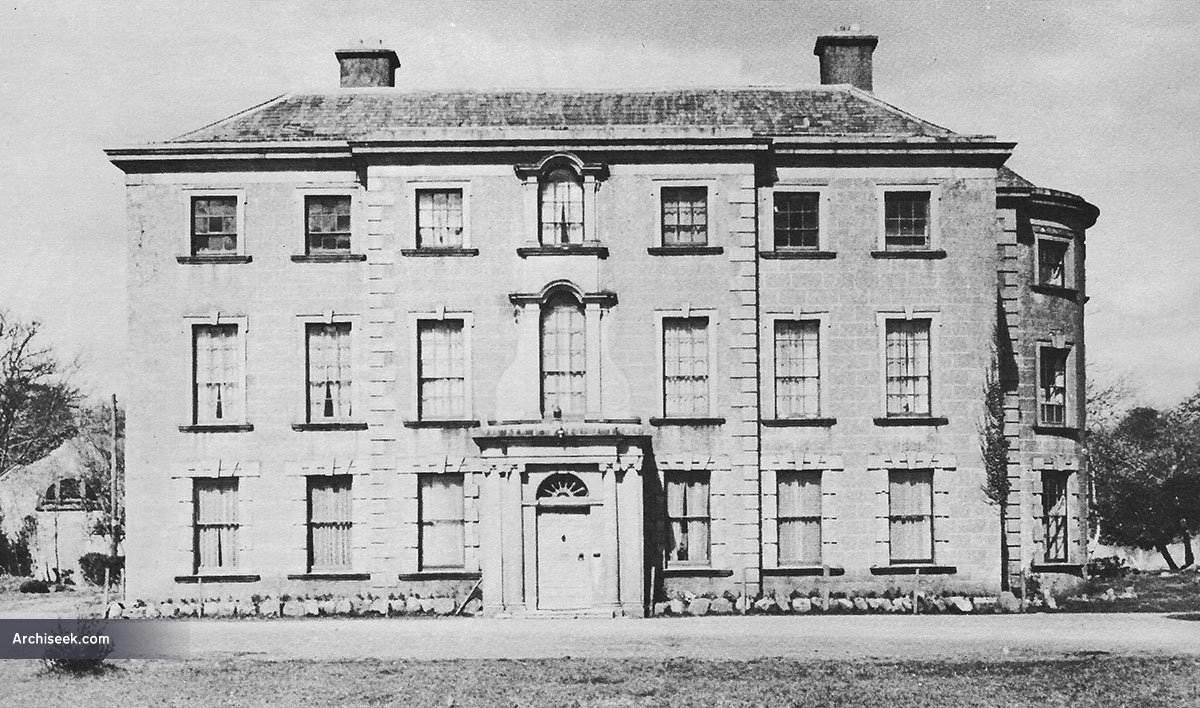 Attributed to Francis Bindon by the Knight of Glin in the 1960s, Drewstown is a slightly gauche, oddly proportioned country house almost certainly designed by an amateur. Whether of not that amateur is Bindon is a point for discussion. Like much of Bindon’s work, the architectural form of the facade is articulated by the masonry detailing, which defines the breakfront, parapet and window surrounds. There is a fine galleried and panelled entrance hallway albeit with some slightly awkwardly sited doors.

In 1952 when the house and some of the estate was sold to an American mission agency which first ran an orphanage and then a biblically-based boarding school on the site. It is now a retreat centre.