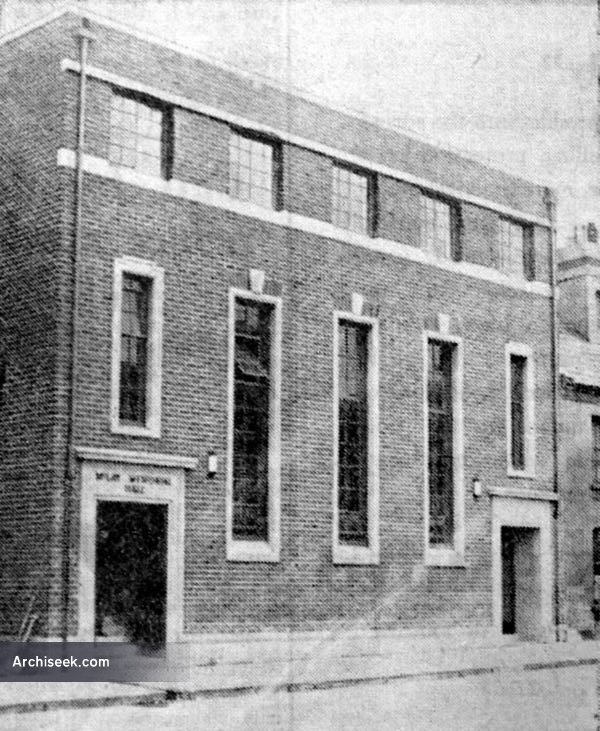 Described in the News Letter on May 2, 1957: “A new £14,000 church hall for the congregation of Clifton Street United Presbyterian Church, Belfast, was opened and dedicated last night. Named the McLay Memorial Hall, the building was erected in memory of the Rev John McLay, who was for more than 60 years minister of the Church of Scotland in Clifton Street, with which the congregation of Clifton Street Presbyterian Church united after their church was destroyed in the 1941 air raids.

The hall has a seating capacity of 400, and will serve the growing needs of the congregation’s community activity and youth work. The cost of its erection was met largely by a bequest of the late Mr J Renwick Wilson, who was an elder of the United congregation and was for a long time treasurer of the Scottish Church. A payment from the War Damage Commission as compensation for the destruction of the Clifton Street Presbyterian Church helped to make up the remainder of the cost.”

Later demolished and now the site of a housing complex.