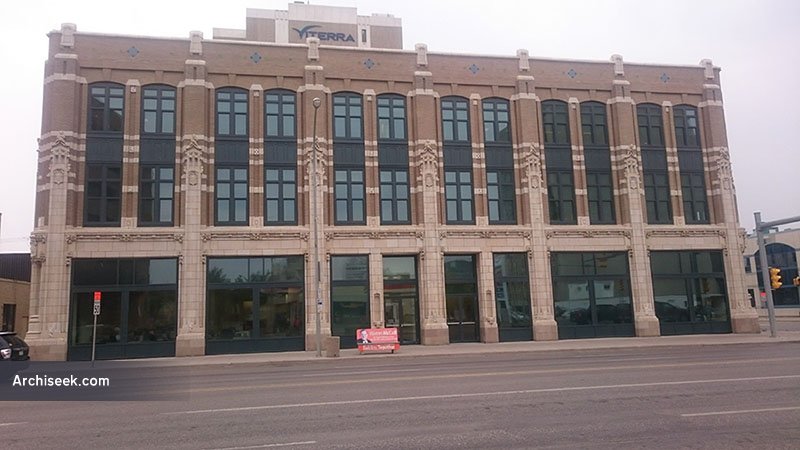 Built in 1913, and costing an estimated $350,000, the Sherwood Department Store was the most expensive building constructed in the city prior to 1920. Designed by the prominent Montreal architectural firm Brown and Vallance in a Gothic Revival style, with Chicago School influences. The building features an elaborate brick, ornamental iron and glass façade highlighted by sculpted pilasters, coloured tiles and intricately formed gargoyles made from glazed terra cotta. Reflecting the pre-war optimism which abounded in western Canada, the building was designed to accommodate additional floors which were never completed