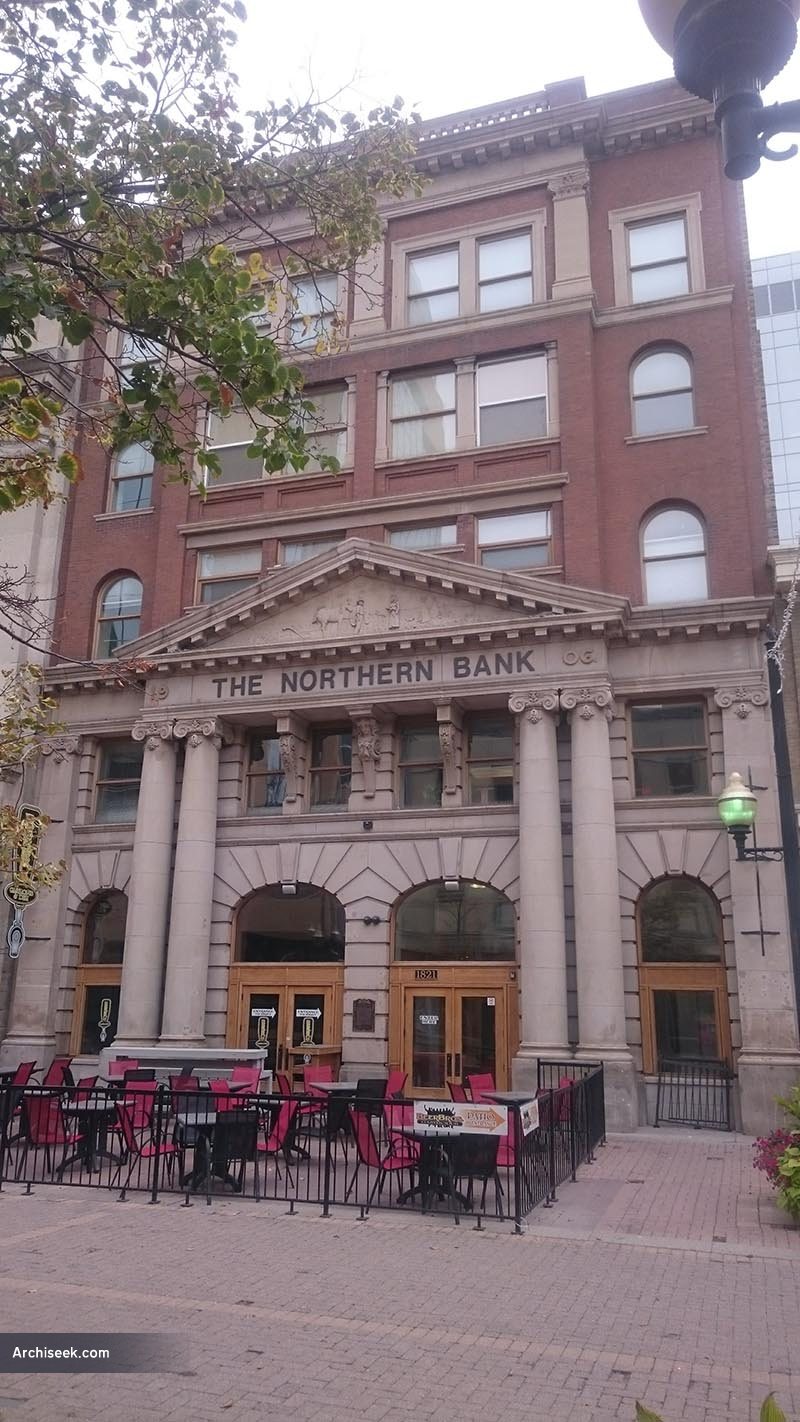 A Nep-classical bank branch beneath commercial office space. Largely gutted so that only the facade is worthy of architectural note. Designed by the Winnipeg firm of Blair & Nprthwood for the bank which was based in Winnipeg. Northwood had also designed their head office.

The Northern Bank was founded in 1905 and was the first chartered bank to have its headquarters in Western Canada. It subsequently became the Northern Crown Bank and was finally acquired by the Royal Bank of Canada.