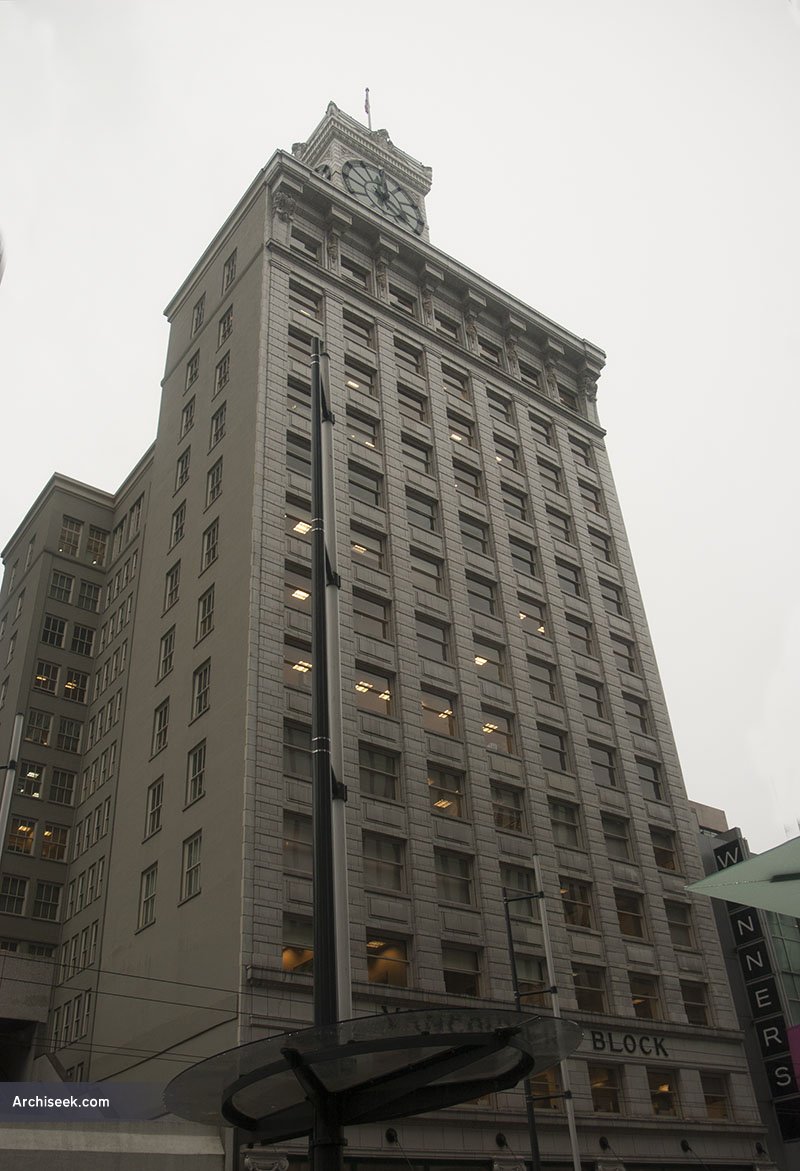 Designed by the architectural firm of Parr and Fee – a partnership of John Parr (1856-1923), from London, and Thomas A. Fee (1860-1929), originally from Ireland. The Vancouver Block was constructed between 1910 and 1912 on the highest point of land in the city. Classically composed, with its facade treated as three distinct parts: an ornamented ground floor, simpler central portion with rows of windows, and the top floors ornamented and having a heavily-bracketed cornice supported by six caryatids. The building is clad with white terra cotta.

The large illuminated clock was added in the late 1920s and was a highly visible landmark, visible from as far away as the city hall.