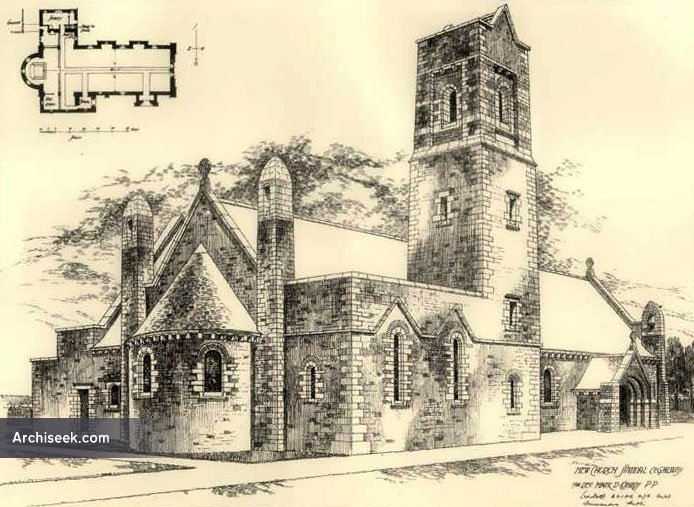 Constructed between 1904 and 1907, and is considered one of the best examples of the Hiberno-Romanesque style as applied to church building. Intended as a genuine Irish style for churches, it recalled earlier Irish medieval churches by using the same vernacular forms including open belfrys, round towers etc. The commission was received on advice of Edward Martyn, Irish playwright and early republican political and cultural activist.

It was described in The Leader, June 1903, by Edward Martyn, as “the first example of what we hope will become a fresh and vigourous architectural wave in Ireland… It is a development of the old Irish Romanesque for contemporary architectural purposes. In this regard, it may be said that modern vernacular architect begins in Ireland.”