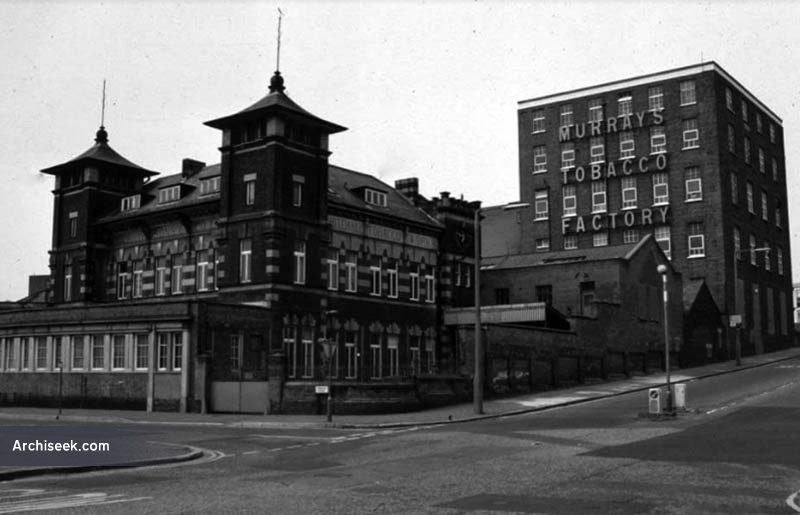 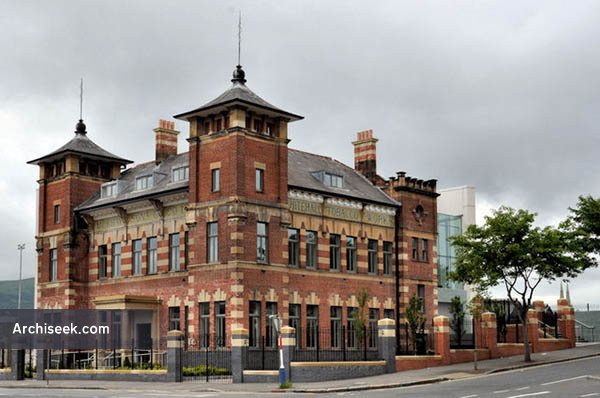 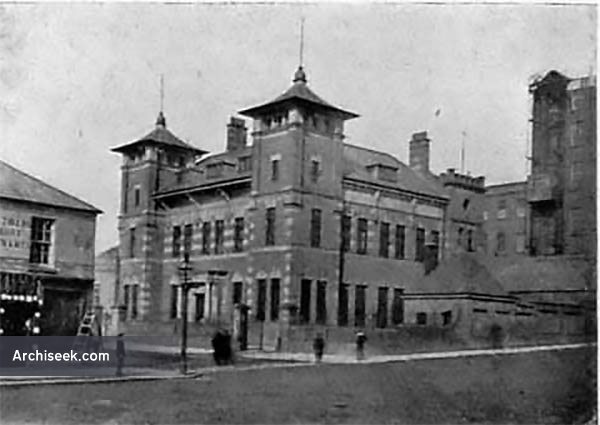 The former Murray, Sons and Company administration building at Whitehall Tobacco Works. There was a much later factory extension which backed onto the railwayline and Great Victoria Street Station. After the works closed in 2005, much of the works was demolished. This interesting and striking building survived.

The founder of the company, Robert Wallace Murray was born in Jerusalem, Virginia, on February 9th 1836. On the outbreak of the American Civil War, aged 25, he joined General Robert E. Lee’s regiment of the Confederate Army. After the War Murray moved to Warrington in Lancashire and then to Ulster where he prospered.

In recent years, some of the additions have been removed and a new modern extension added as the building has been redeveloped as modern offices. Alastair Coey Architects was commissioned by the client to prepare a condition report, conservation statement and masonry survey as part of a wider scheme to extend and develop the site for commercial use. The appointment was extended to provide full architectural services for the restoration and re-modelling of the listed building. This £1M project was carried out in collaboration with White Ink Architects which was responsible for the contiguous modern development that embraces the rear elevation of the listed building.