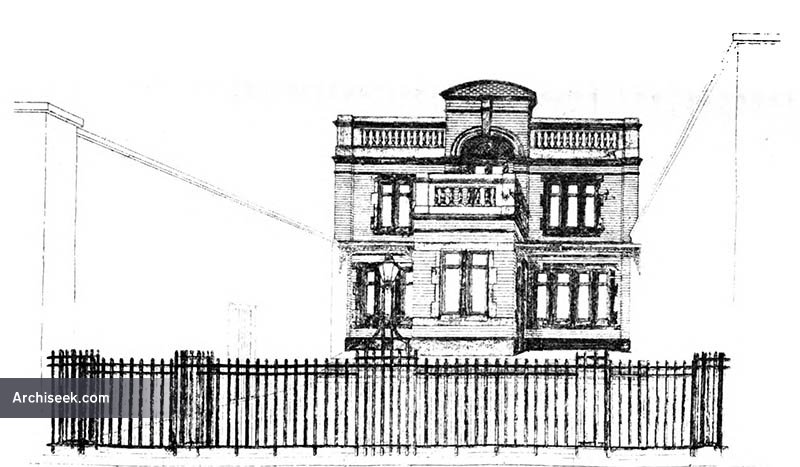 Now demolished. Described in The Irish Builder, January 15 1890: “With this issue we give front elevation, with two transverse sections, of Fountain-street Hall, Belfast, as recently finished. The design is plain and modest, to meet the views of the worshippers, but has been constructed to produce satisfactory results as respects capability of easily speaking and hearing, and also comfortable heating, combined with thorough ventilation, regardless of the condition of the atmosphere outside. As the site was enclosed by buildings on three sides, the Hall had to be lighted through the roof and ceiling. The walls and ceiling, instead of being plastered, are sheeted with well-seasoned “match boarding.” The sur face of space under the hall or meetingroom is concreted on surface to keep damp and smell from rising out of the ground. 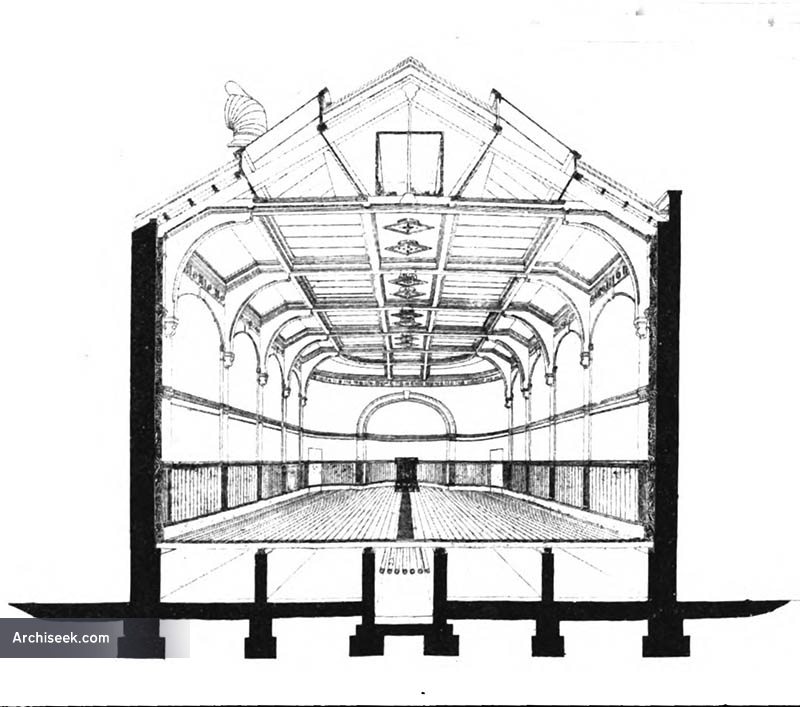 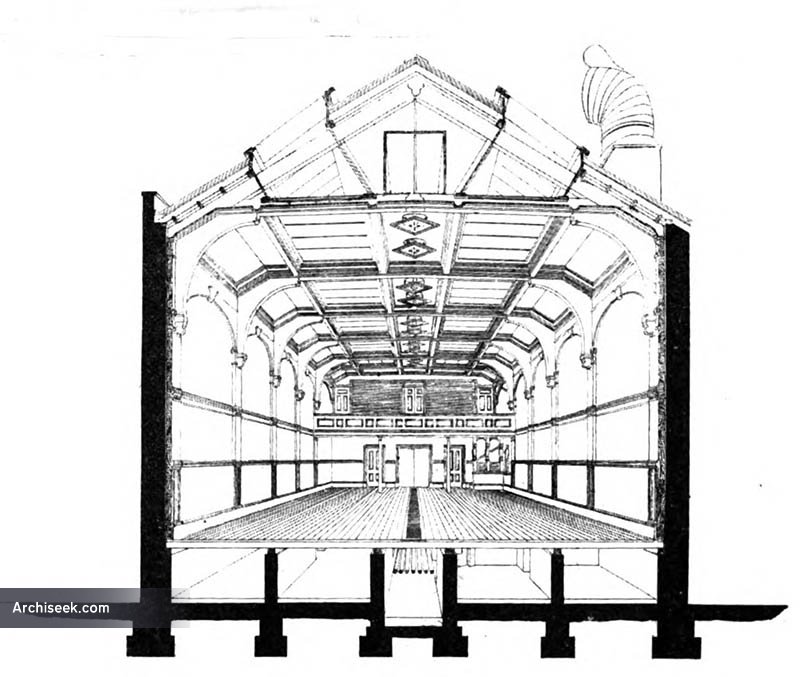 The heating is produced by several hundred feet of hot-water pipes, which ascend through gratings in central aisle, and also behind the dado at each side, fresh air being admitted in quantity under the pipes. The used-up air is drawn off by apertures in the ceiling, discharging into a close wooden tube 4 ft. square, communicating with a brick shaft of similar dimensions, having one of Blackman’s fans, 4 ft. in diameter, which is propelled by a half-horse-power gas engine, which has been found to require 3s. 4d. worth of gas per hour whilst in use. This keeps the room quite fresh, without draught being felt. There is a large revolving cowl on top of shaft. There are comfortable retiring-rooms, with lavatories, &c., at each side of hall for ladies and gentlemen, and a committee – room behind the end gallery, which can be thrown in by means of revolving shutters, &c. Mr. Thomas Jackson, Belfast, is the architect.”

In the next edition, the journal had to issue a correction – “IN the description of above building given in our last issue, it was stated that the half horse-power gas engine required three shillings and four pence worth of gas per hour whilst in use. This sum should have been three farthings only.”