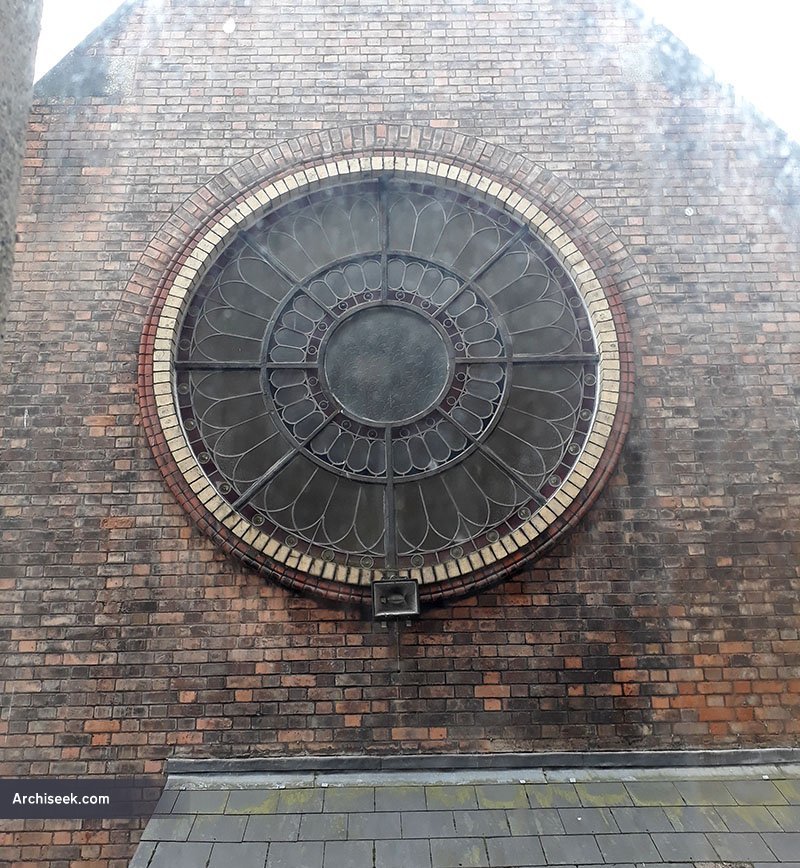 For some years with an additional floor added, this formed part of the Waterstone’s book shop which was next door on Dawson Street.

“A new building, called “The Gregg Memorial Hall,” for the use of the Church of Ireland Young Men’s Christian Association, was formally opened on Thursday last. It has been erected at rere of the association house, 8 Dawson-street, and is capable of holding 300 sitters, being 52 x 30′. The roof is open-timbered framing of pitch pine, resting on corbels of Bath stone. A memorial window, 10 ft. in diameter, to the memory of the late Bishop of Cork, will be fixed at east end. The hall will be heated by means of small-bore hot-water circulating pipes, by Messrs. Maguire and Son. Mr. W. Kaye Parry, Dame-street, was the architect, and the building work was carried out by Messrs. Tighe and Sons, Ranelagh.”