1881 – Design for principal entrance to a demense 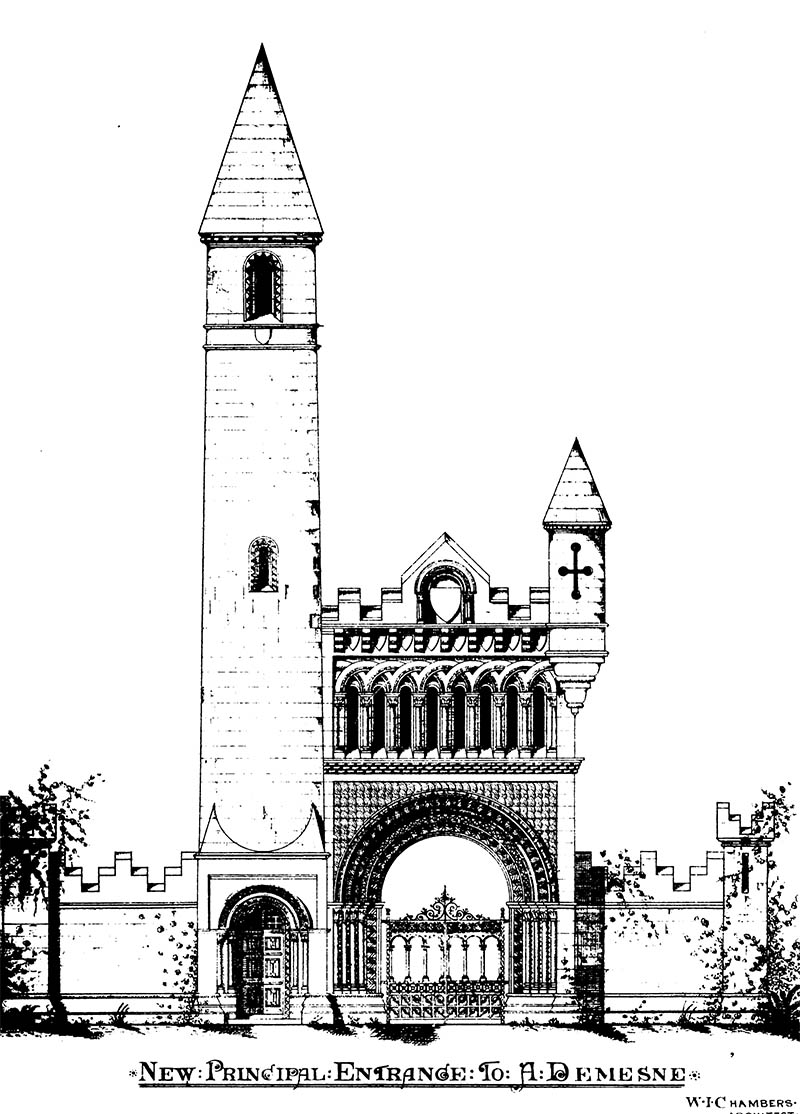 “Our illustration in this number represents a design for a principal entrance to a very large demesne, designed and drawn by Mr. W.I. Chambers, architect, 5 Westmoreland street. It was originally intended to be erected by a well-known landed proprietor, but who, owing to the unsettled state of the country, has for the present, at any rate, abandoned the idea of executing it. In accordance with his views the author had to give the whole design an essentially Irish cast; this accounts for the adaptation of the Norman arch and “the old round tower” as its principal feature, their proportions having been carefully considered after a study of the best known examples. The accommodation consists of two sleeping apartments above the arched entrance, and a sitting-room on ground level, with every other domestic convenience for gate-porter and his family; the tower has an internal staircase to top, and there is a look-out window in top-room of tower, facing all four cardinal points. The whole was proposed to have been erected with limestone.”