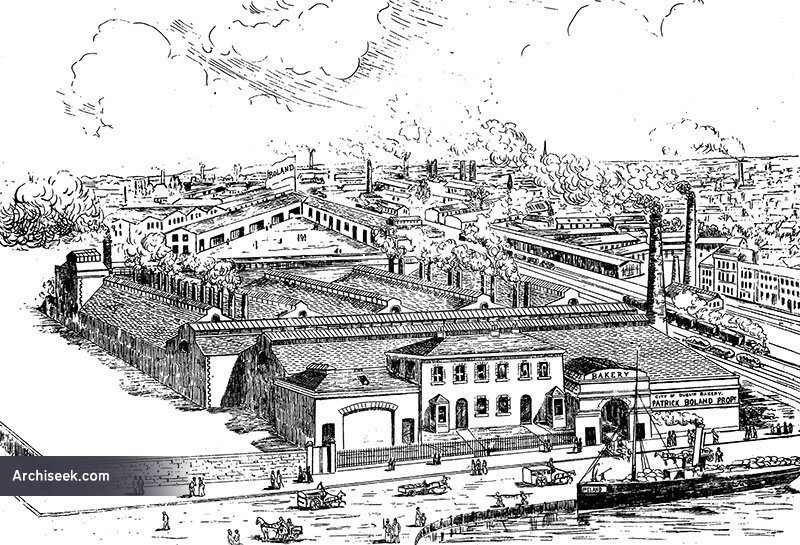 Also known as the City of Dublin Bakery, this large complex was sited across Grand Canal Dock from Boland’s own steam mills.

Described in 1888 – “The City of Dublin Bakery premises occupy an area of 15,000 square feet, and stand on their own ground, 3.5 acres in extent. They were erected in 1874 by the late P. Boland, and gave a wonderful impetus to the Boland business, which, large as it was then, has since rapidly increased. Apart from the quality of the bread, there were many reasons for this increase, one very good one being that the Capel-street establishment was not at all equal to the demands which were made upon it by its customers. The erection of this bakery, too, gave a sense of security to Mr. Boland, which hitherto he was far from possessing; for the bakery trade, above all others, is one very difficult to carry on in any one place without a break. 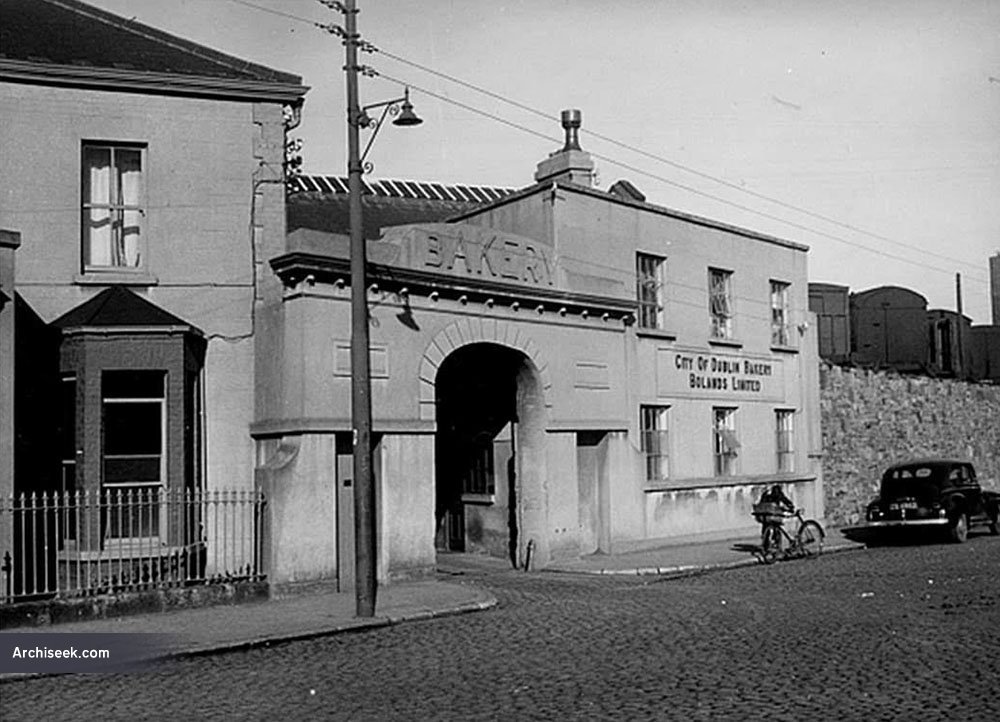 The effect of such a thing, for instance, as a fire occurring in the town establishment previous to the erection of this branch bakery, would be to completely paralyse a trade which had taken just half a century to build up. The quantity of bread baked annually at this establishment is simply enormous; the average weekly consumption of sacks of flour is 1,000, which, converted into bread, means upwards of twenty-two hundred pounds’ value sterling.

The frontage of the premises consists of a large two storey house and out-offices attached, for residence of manager, clerks offices, and a retail shop. These, with the addition of a handsome gate-entrance, complete the extension as seen from the street. Inside the gate the first building of interest we meet with is the van shed. Here is kept the rolling-stock of the establishment, consisting mainly of the 24 large vans for the distribution of the bread. These vans, I may mention en passant, are manufactured on the premises.”