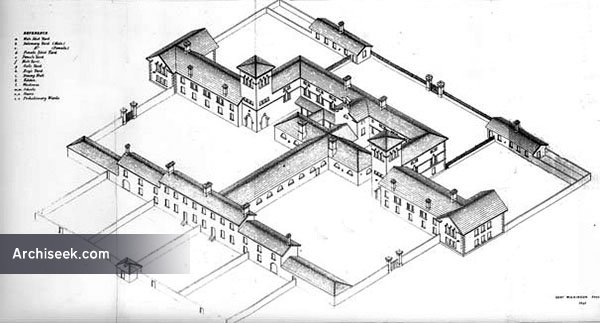 Constructed between 1840 and 1844 at a cost of over £10,000. First admissions 18 November 1844, it accommodated over 800 people. Wilkinson designed several workhouses across Ireland, many on a similar plan and visual appearance.

In the 1920s, it was taken over by the Free State army and converted into an army barracks. It was found to be unsuitable and within a short time was handed over to Carlow County Council for use as offices and stores. Demolished in 1970 and the site used for a third-level college.