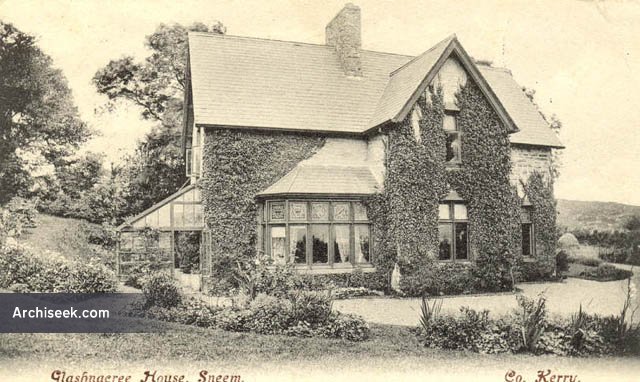 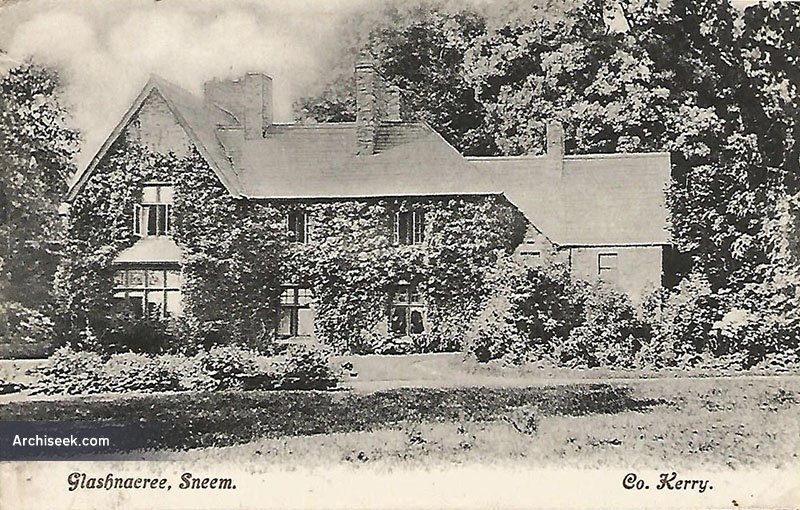 Built as a Dower House to nearby Parknasilla. Believed to have been built originally circa 1822, this house was home to James Franklin Fuller who was born here and related to the Bland family of nearby Derryquin Castle. According to Dia.ie , Fuller “was born in 1835, the only son of Thomas Harnett Fuller of Glashnacree, Co. Kerry, by his first wife, Frances Diana, third daughter of Francis Christopher Bland of Derryquin Castle,” Fuller inherited the house from his father in 1886.