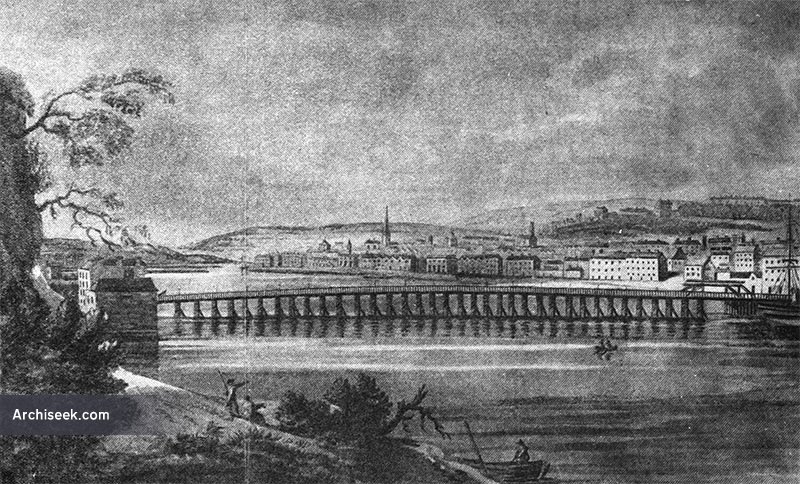 The total cost of the bridge, including a thousand guineas to the architect, was £30,000, which was subscribed in one day. The tolls realised in the year 1800 amounted to over £2,800. Known as Timbertoes Bridge, it was demolished in 1910.