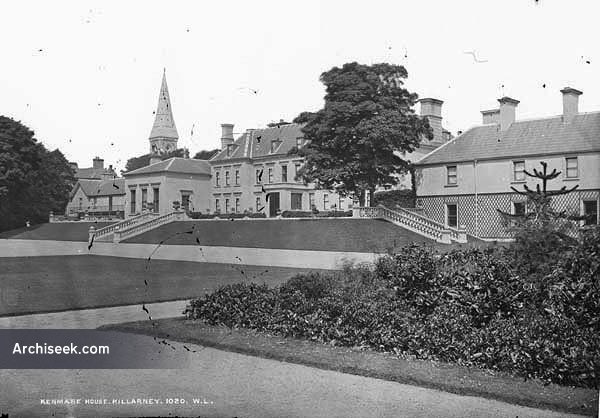 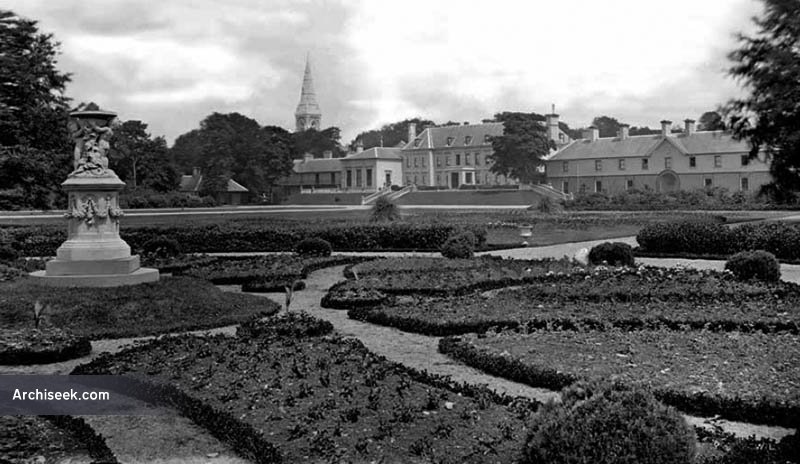 The original Kenmare House was built in 1726, and designed by Viscount Kenmare himself in a French chateau style. The house was two stories high and had dormered attics with steep, slated roofs. There were thirteen bays in front of the house, with three bays on each side of the center breaking forward. A servant’s wing was added around 1775. The house, grounds, and gardens were much praised by visiting writers to the area.

During the visit of Queen Victoria to Kenmare House in August 1861, legend has it that she chose the site of Killarney House, a vast Victorian-Tudor mansion, which was the successor to Kenmare House. Kenmare house was demolished in 1872. Ironically the succeeding house was then accidentally destroyed by fire in 1913 and never rebuilt; the stable block of the original Kenmare House being converted into its replacement.