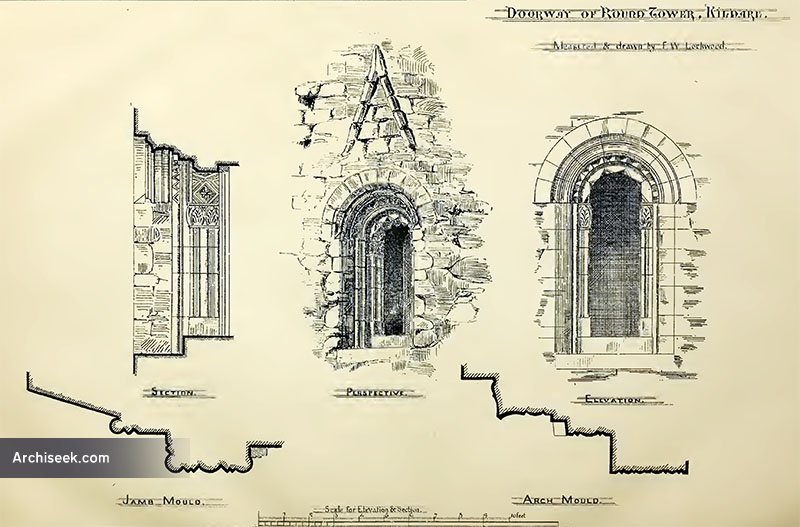 The 32-m (round tower in Kildare is the second tallest in Ireland. The tower was most likely rebuilt in the 12th century onto the granite block foundation of the original structure dating from the sixth or seventh century. Instead of a conical cap, the battlements on top were added in the 1730s. The current floors and the ladders between them were added in 1874.

The tower has a striking entrance door, built from red sandstone and has four decorated orders. Only the innermost order is complete. The carvings are typical romanesque motifs, Chevrons, Marigolds and Lozenges. Above the doorway is a pointed red sandstone hood.