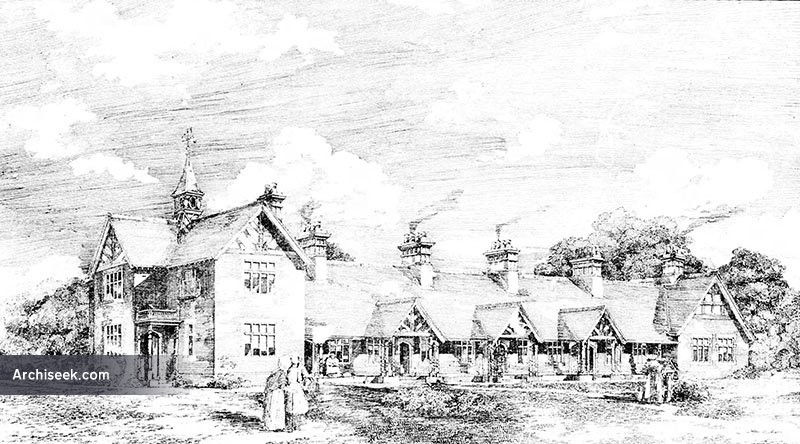 A charitable hospital and almshouses to provide homes for widows over sixty and named after its patron Emma Stanwix, this complex still provides sheltered housing today. Built in an asymmetrical picturesque design of brick and half-timbered finishes. Later extended in the same style.

According to The Irish Buiilder, June 1 1890: “The charity was founded by Miss Emma Stranwix, who left a sum of money to build alms-houses and an hospital for reduced females aged over sixty years. The site is on ground overlooking the town of Thurles. The building is constructed of red brick, with half-timbered gables and verandas. Each inmate has two rooms, yard, and all the usual sanitary accommodation. The work has been carried out by Mr. J. Kiernan, Talbot-street, at a cost of about £2,500, from the designs and under the superintendence of Mr. Albert E. Murray, F.R.I.B.A., architect, Dawson-street.”