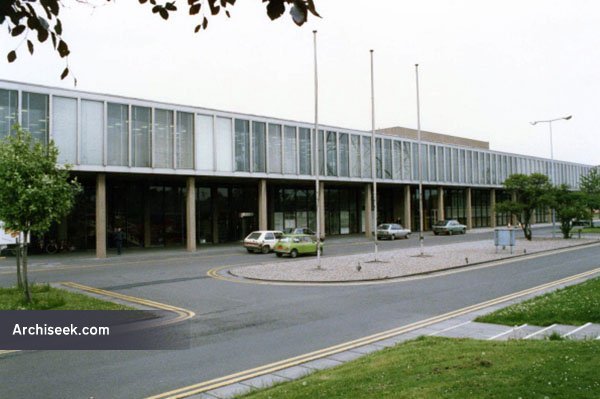 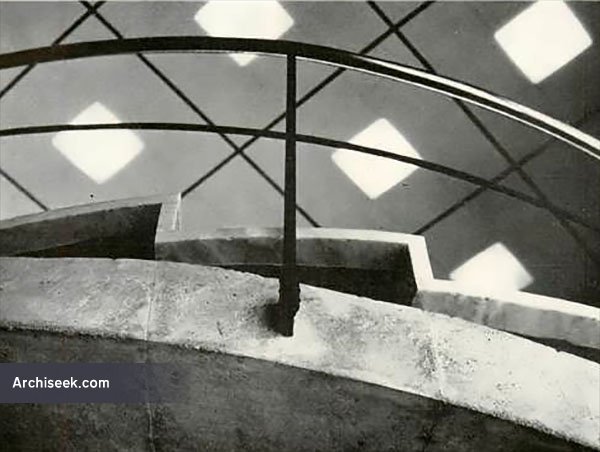 On 3 October 1960 the new Radio Éireann Authority signed a £500,000 contract for the construction of the television centre and offices at the proposed location in Donnybrook. In September 1959 a 25-acre area of land on the Stillorgan road in Donnybrook became the favoured site for the new television production centre. RE had previously operated from the GPO in O’Connell Street.

The building when completed in 1962 contained the first purpose-built television studios in Ireland, with the main building 30 feet high with the tops of the studios rising a further 15 feet above the roof line. The ground floor is arcaded with office accommodation above. Largely designed by Ronald Tallon, the building is in his Miesian style with inverted corners and floor to ceiling glazing. Winner of the RIAI Gold Medal 1959-1961. 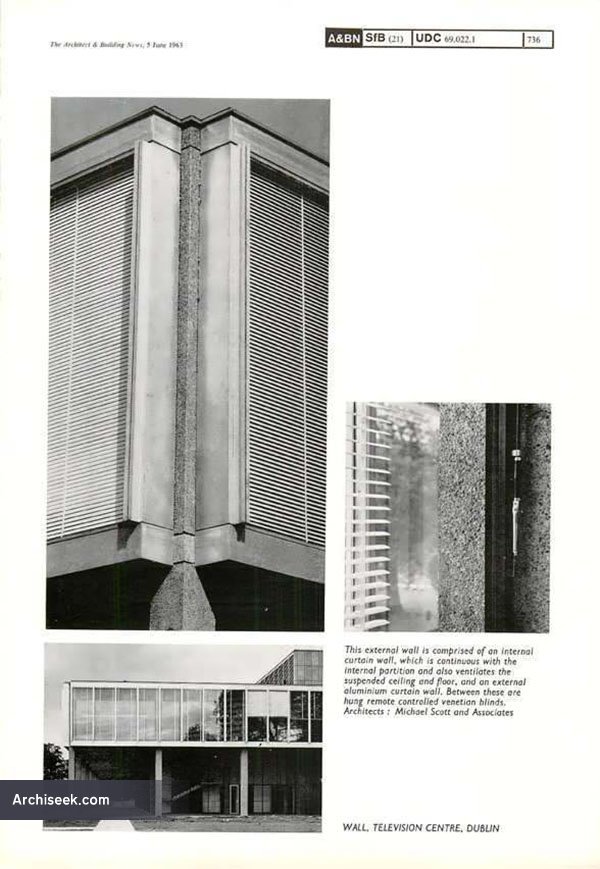 There were only three studios in the original building completed in 1962, however, since then a number of new studios and sound stages have been added to the existing complex. In all there are eight television studios in the building, four main production studios; 1,2,4,and 5, a news studio; 3, and three presentation studios; 6,7, and 8, as well as a small studio for radio news bulletins.