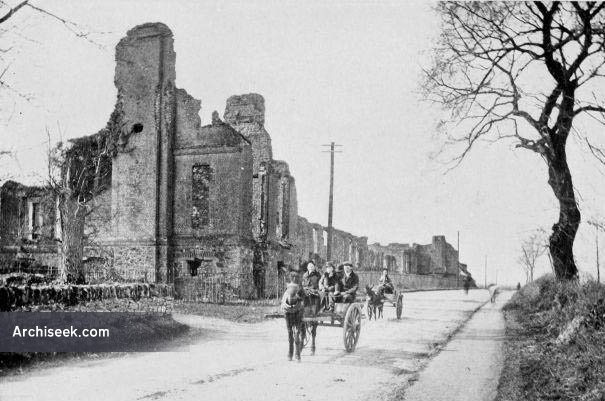 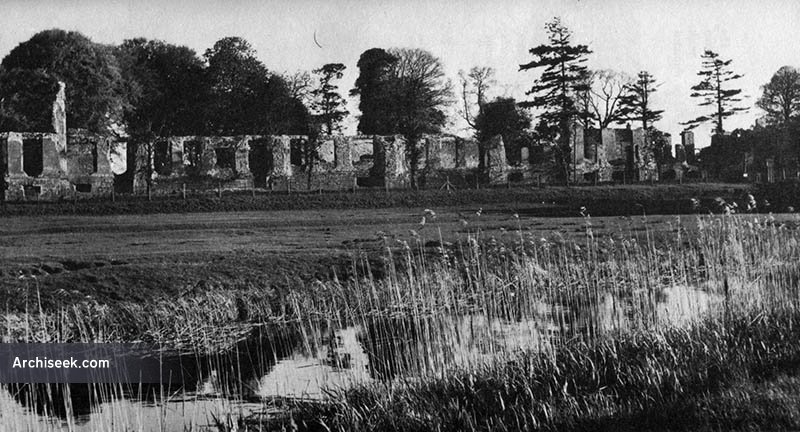 Jigginstown also known as Sigginstown House, or Strafford’s Folly was 380ft in length, making it one of the largest unfortified structures built in Ireland. It was also one of the earliest brick houses in Ireland – the bricks being imported from Holland. John Allen was a master builder who is presumed to have acquired his skills in Holland.

The owner, Thomas Strafford, Lord Wentworth, had hoped to entertain the king in it. But it was not to be. During the 1630s, Wentworth served as Lord Deputy of Ireland before becoming a leading advisor to the king in London. However he was accused of treason, sentenced to death, and executed before a crowd of 200,000 on 12 May 1641. The house was destroyed in the 1640s. The house can be assumed to have been largely completed by his death, as Strafford wrote that “I have, in a manner finished it.” 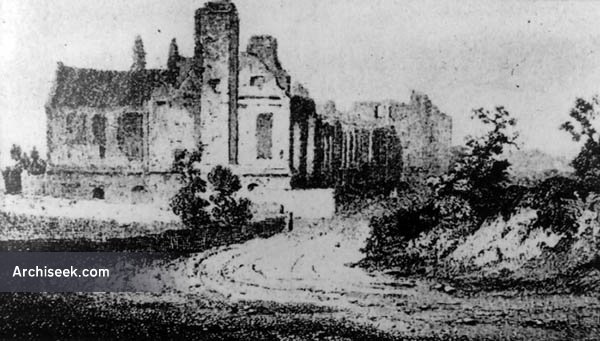 According to Maurice Craig, writing in Ulster Journal of Archaeology, 1970, it seems that Wentworth was working on three possible outcomes. One, the King would accept it as an Irish Palace; two, that it would be left on Wentworth’s hands; or the King would use it occasionally, leaving it in the Lord Deputy’s hands at other times.

Described in 1656: “It’s plan was simple, a long three-storey building with two square wings; twenty-four large windows made up the first floor together with two entrances, each with a flight of twelve steps. The ground floor consisted of a row of windows designed to provide light for the large cellars. The brickwork, some of which still survives was excellent and there was also some marble columns and pavements. By the 1650s, however the house was in ruins and most of the lead and iron used in its construction had been removed for use as ammunition.” 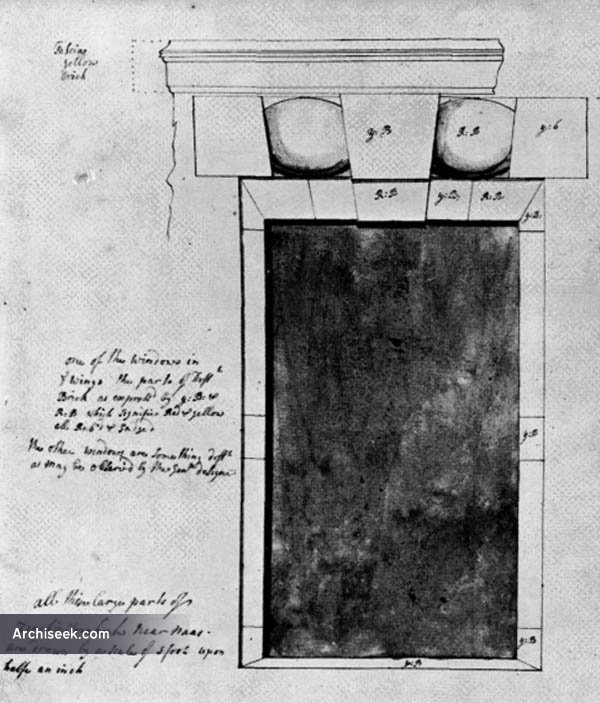 Later described at the end of the 17th century with slight exaggeration as “having a chimney for every day of the year.” The ruined building was surveyed by Edward Lovett Pearce in 1726. Some of his assumptions are disputed – his internal divisions and room usages. It has also been suggested that his reconstructed elevation of two storeys above basement may be incorrect. Either way the scale of the building was huge, the large cellars are still standing and can be appreciated today.

In the late 1960s, a student project led to the removal of the ivy from the ruins, and a general cleanup of the site. In recent years, the Office of Public Works has been involved in stabilizing the ruins.