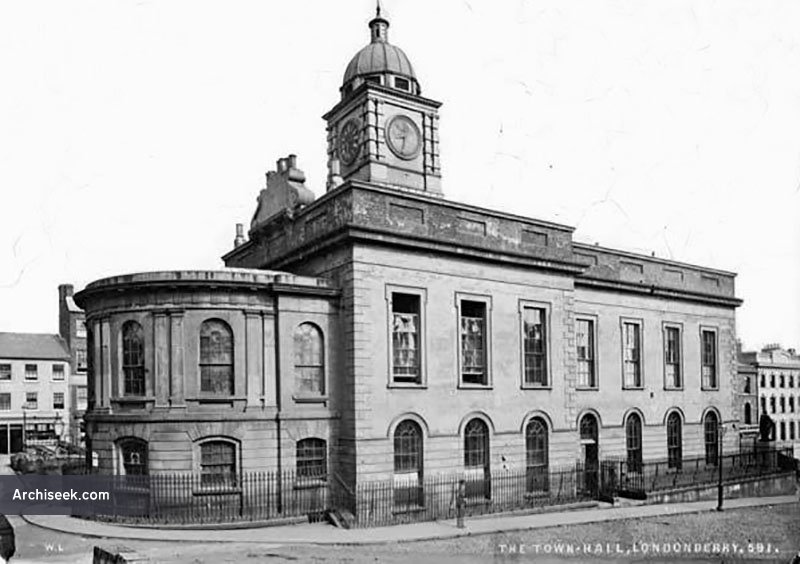 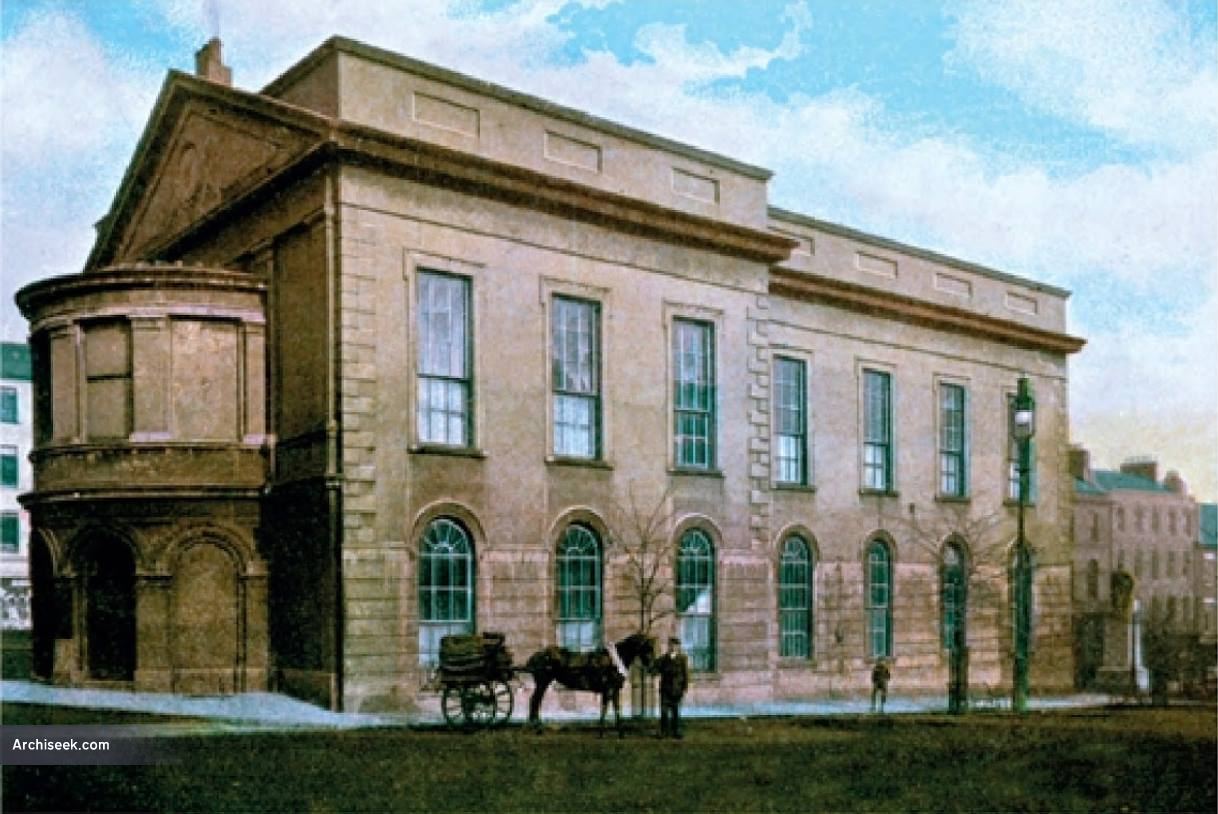 Former townhall sited in the centre of the Diamond – the site of the war memorial today. Destroyed by fire and later demolished after the opening of the Guildhall. Described in 1862 by The Dublin Builder that “a regret must also be expressed that the vista should be impeded by the ugly Town-hall that stands midway in ‘the Diamond’ – a building we shall be glad to see soon replaced elsewhere by a better”. Extended by William J. Given in 1902 with a new and larger entrance, and clocktower.