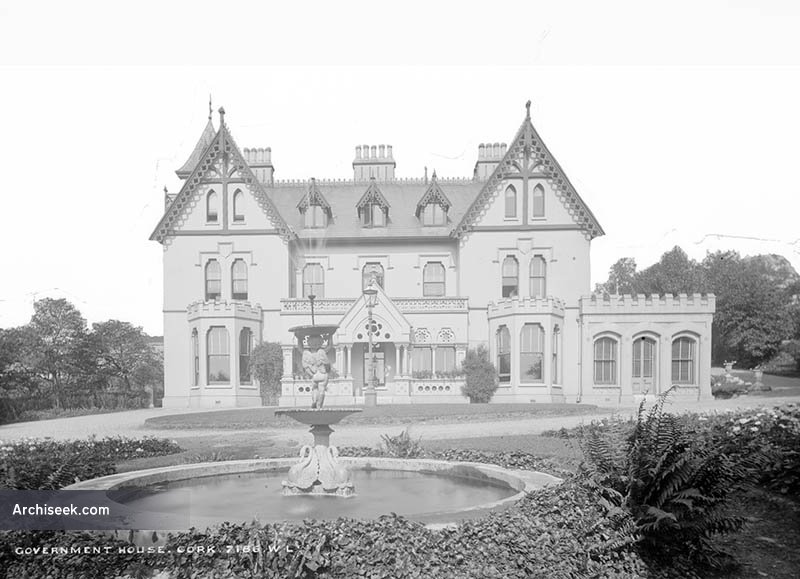 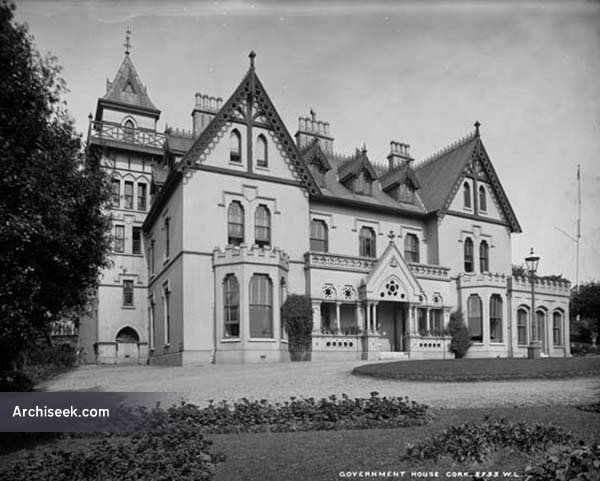 Large ornate Victorian villa set on a hillside overlooking Cork city centre. Destroyed by fire in 1922. Sidney Park housing estate was developed on the site from 1934 to 1943.

Mentioned in the Galway Observer. 12 August 1922: “The flames of burning buildings lit up the sky over Cork City on Thursday night. The irregulars had consigned to the fires all the military and police barracks, Government House, the Victoria Hotel, and other structures in the centre of the city.”