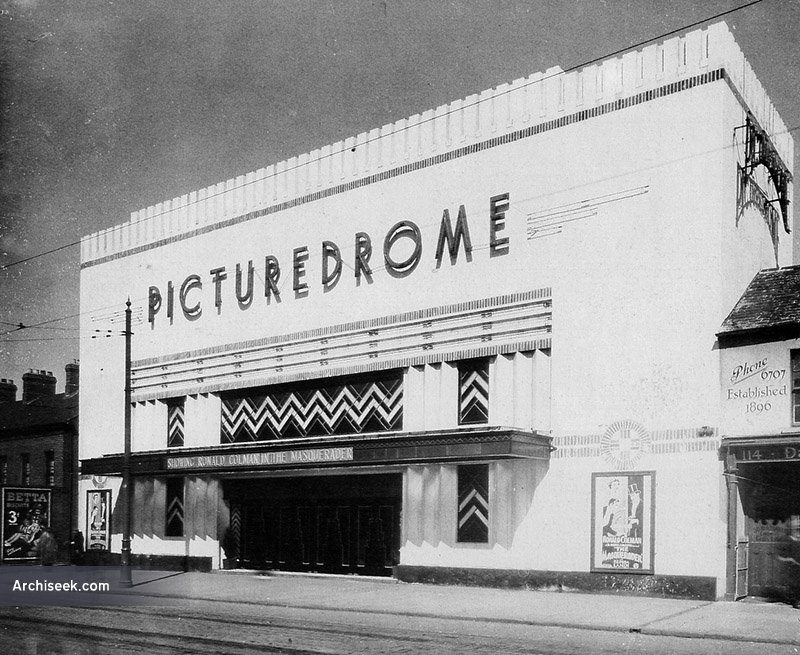 Constructed on the site of an earlier Picturedrome which had opened, with 1,000 seats in 1911. The original pillared building with dome was designed by Liverpool based architects Campbell & Fairhurst.In 1934 the entire building was demolished after a fire.

The new cinema had seating for 1,100 in stalls and the balcony. A foyer ran the full width of the cinema with stairs at either end leading to a luxury waiting lounge and the balcony. Later purchased by the Rank Organisation in 1955, and closed in 1970. Demolished at some stage in the early 1990s.