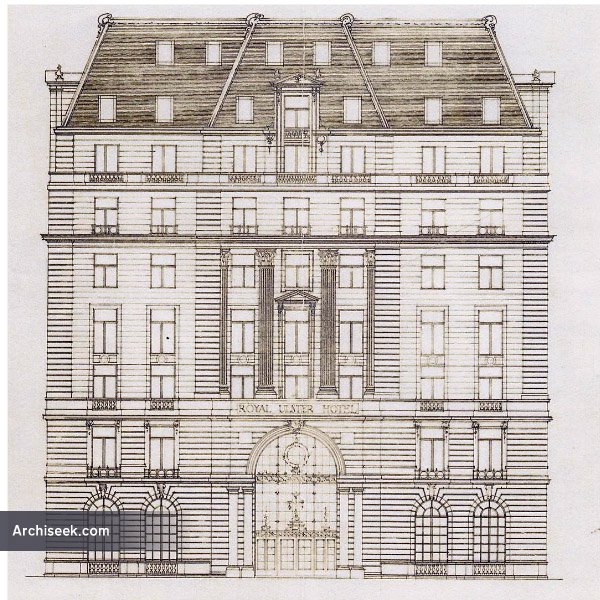 An unbuilt proposal by the architect of Belfast’s city hall for an hotel on Donegall Square East. He had drawn up a plan for the surrounding areas to provide a worthy capital for Northern Ireland including the addition of buildings such as a new parliament.

It is perhaps surprising that Thomas’s Classical style and plan dominated by squares did not find favour with the new regime. Their counterparts in the new Irish Free State were already embracing Modernism in their bid to project a new image for the new country. Whereas the new Northern Ireland state constructed their parliament at Stormont in a very conservative Classical style.