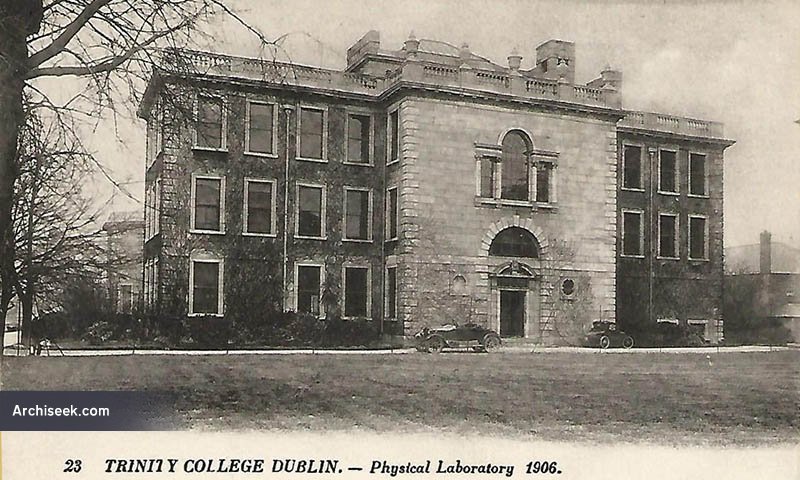 Like the nearby School of Botany, this building was the gift of the Earl of Iveagh. Both were designed by English architect William C. Marshall (1849-1921) and are his only Irish commissions. Now known as the Fitzgerald Building of the School of Physics.

Marshall was a good all round athlete and played both real and lawn tennis, the latter for Cambridge against Oxford three years running in 1870, 1871 and 1872. In addition he was an amateur figure skater and even wrote a pocket book for figure skaters. He also lost the very first Wimbledon Lawn Tennis Final in 1877 to Spencer Gore 6-1, 6-2, 6-4.