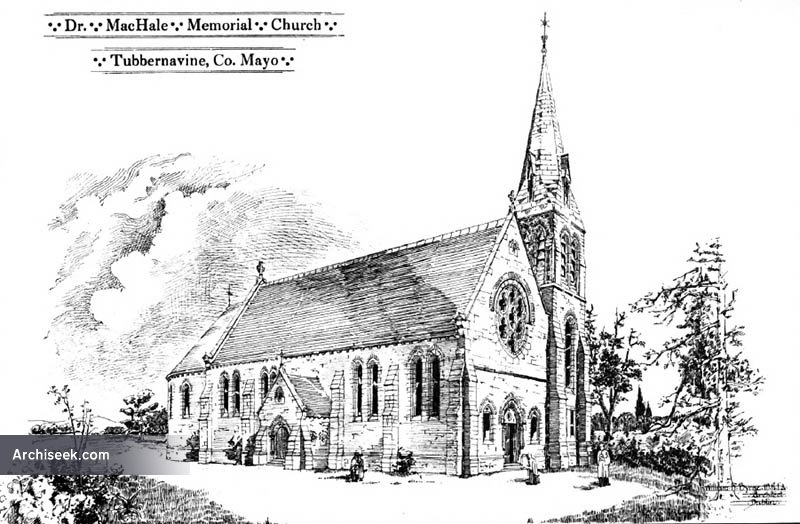 “We give with this issue a photo-lithograph of the new Roman Catholic church about being erected as a memorial to the late Most Rev. Dr. MacHale, Archbishop of Tuam, at Tubbernavine, County Mayo. The material employed will be local sandstone, the result of which is expected to be an effective and pleasing construction. Mr. Wm. H. Byrne, M.R.I.A.I., of this city, is the architect.” The Irish Builder, June 15 1891.

MacHale laboured and wrote to secure Catholic Emancipation, legislative independence, justice for tenants and the poor, and vigorously assailed the proselytizers and the government’s proposal for a mix-faith national school system. He preached regularly to his flock in Irish and ‘almost alone among the Bishops he advocated the use of Irish by the Catholic clergy.