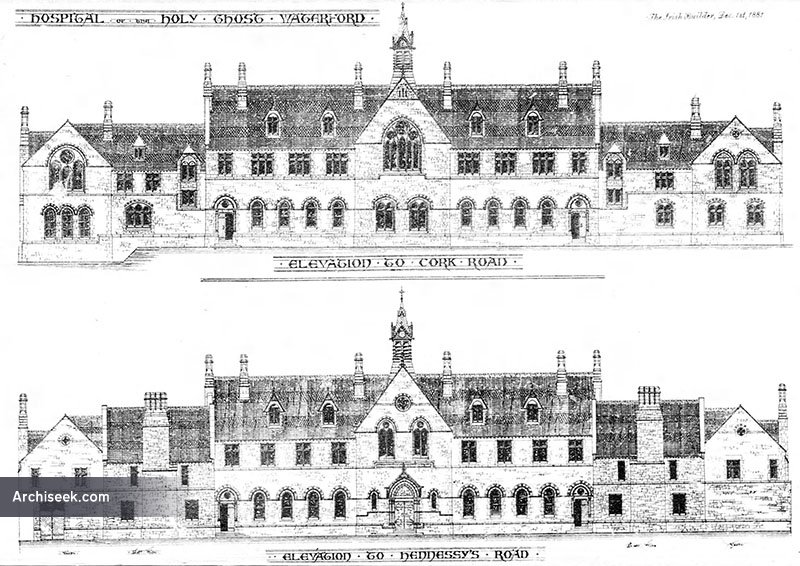 Unbuilt proposal in an architectural competition. Four years later, a design by J.J. O’Callaghan was constructed. “The design of which we give an illustration was submitted by Mr. W.G. Doolin in a competition which took place about a year ago, ending as provincial competitions have ended before now in the promoters starting a new and totally different scheme, and coolly with-holding the premiums promised by the advertisement. Several of the disappointed competitors commenced legal proceedings with the object of forcing a decision on the basis of the original programme but, owing to some difficulty in fixing the legal liability, nothing was gained thereby. The report of the referees having been withheld from the competitors, the author of the present design, with his fellows in misfortune, remains in blissful ignorance of the considerations, if any, which prompted the decision of the trustees; not a word either of explanation or thanks was contained in the communication of the secretary notifying the return of the rejected designs – merely a statement (not strictly correct by the way) that “the plans were forwarded carriage paid.”” As published in The Irish Builder, December 1 1881.