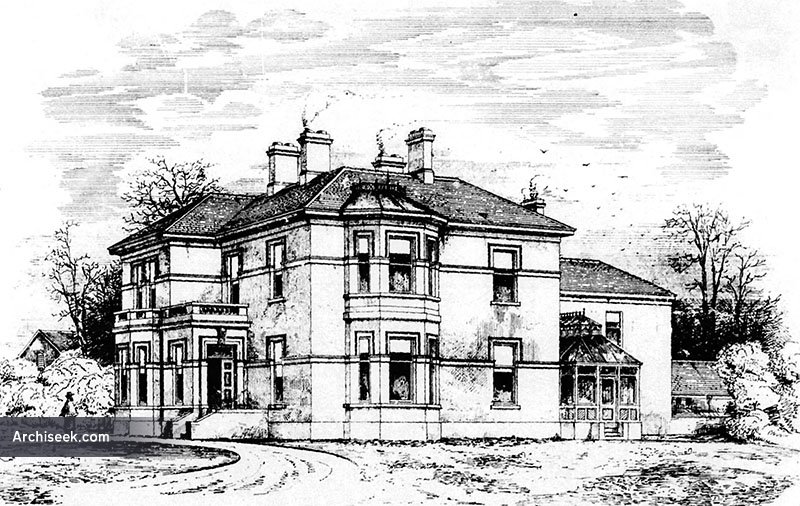 “We illustrate in present number a new residence erected for William J. Hanna, Esq. (late of Philadelphis, U.S.A.), near Carrigans, on the Irish North Western Railways, five miles from the City of Derry, and which has been built from the plans of Mr. William McElwee, architect, of Derry.

Stone raised on the property has been used for walling, and is finished on outside with Portland cement, and rough cast. The works have been carried out by contract, under superintendence of the architect, by Mr. Alexander McElwee, builder; the plumber’s work being executed by Mr. A. Baxter, and painting, &c., by