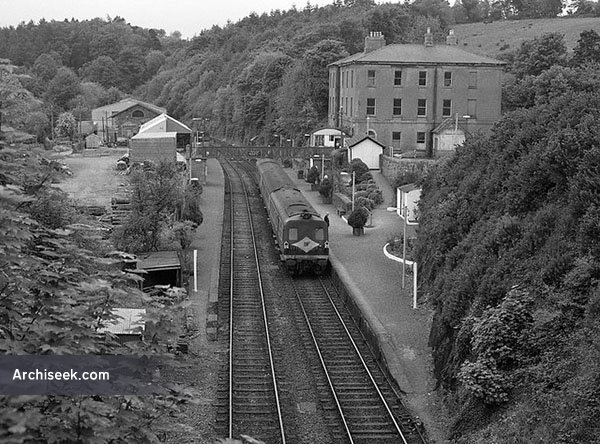 Rathdrum railway hotel was built by the Dublin & South Eastern Railway as The Royal Fitzwilliam Hotel and opened on 26 October 1863. The hotel closed in 1931 – although it still stands. A substantial but plain block, it has an arcaded entranceway overlooking the railway line.

It has stood empty for many years, but after a fire several years ago, the building is in an increasing state of dereliction. On the market for many years, it’s sale price decreased from 1.9 million euro at the height of the property boomb to 150,000 in 2008.