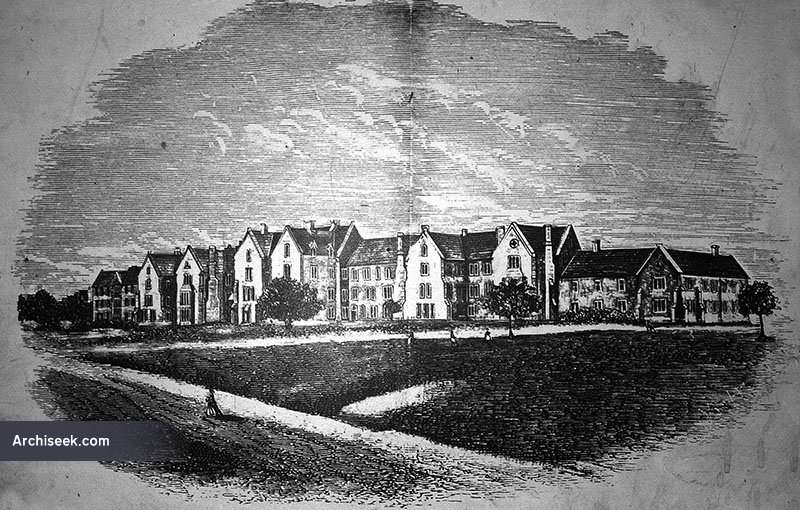 This 1913 illustration depicts the front elevation of the Male Department of the Richmond District Lunatic Asylum, also known as the Grangegorman Mental Hospital and later St. Brendan’s Hospital, which was started in 1851 and completed in 1854. This is the “upper house” of the asylum built on the west side of Grangegorman Road Upper, Dublin