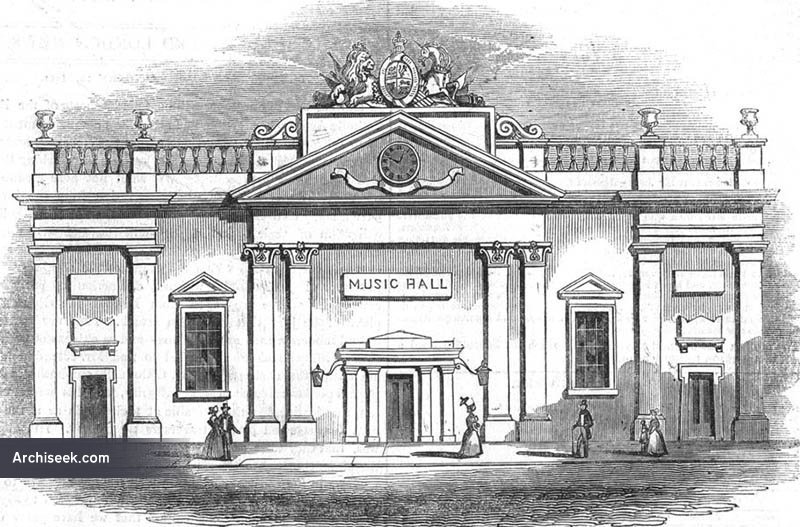 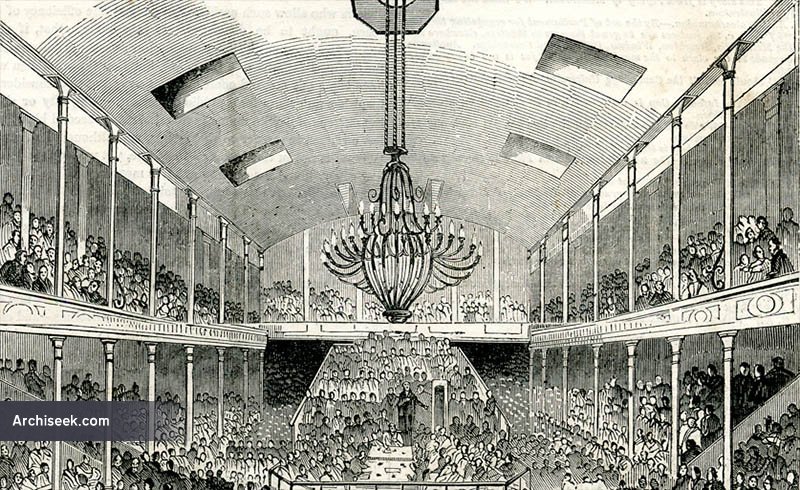 Constructed as a hall for popular music which could also be used for recitals and talks. Described in ‘Dublin and its environs’ as “The exterior is very neat and the internal accommodations are good, and well adapted for public concerts; it is also occasionally used as a circus for equestrian exhibitions.” Replaced in the 1870s by the construction of Christian Union Buildings, later known as the Metropolitan Hall. Illustration from The Illustrated London News in 1844.