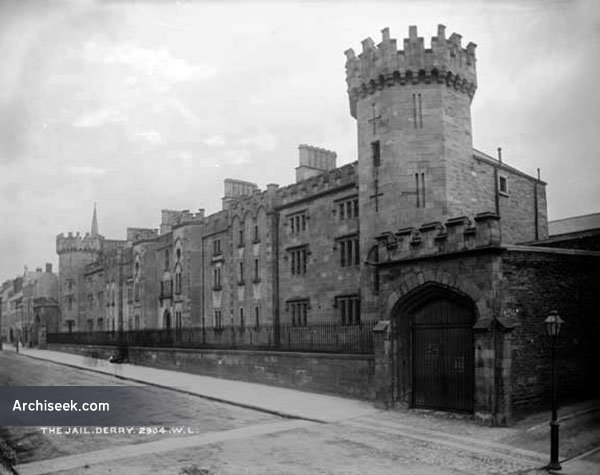 The fourth gaol constructed in Derry, it opened in 1824, and closed in 1953, and was demolished bar one tower in the early 1970s. It had a a unique horsehoe plan and was constructed at a cost of £33,000. Both Wolfe Tone and Eamonn DeValera spent time inside it as guests of the British Government.